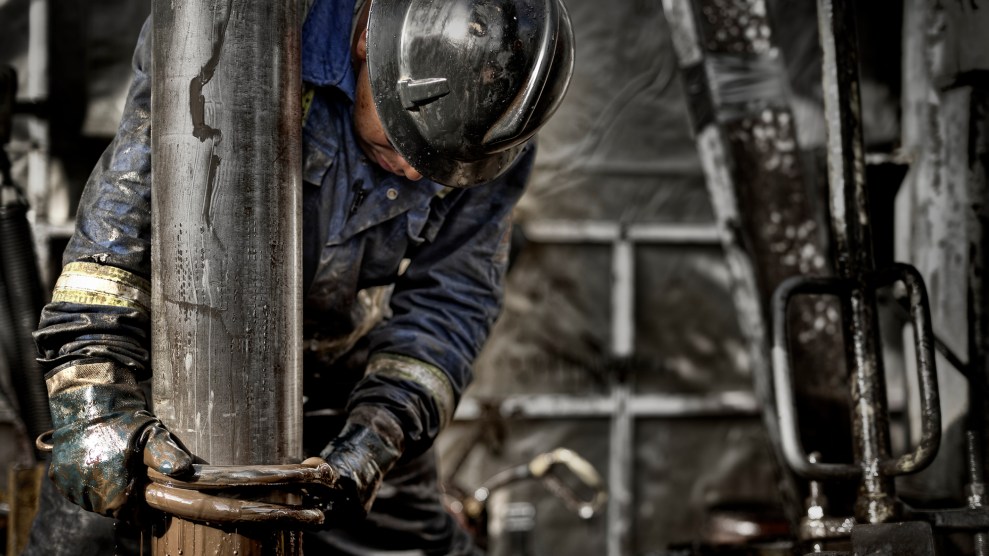 US oil firms have been accused of using scare tactics after telling a federal court on Tuesday that lawsuits alleging fossil fuel companies lied about the climate crisis could threaten America’s oil supply.

At a closely watched appeals court hearing to decide whether a lawsuit by the city of Baltimore should be heard in state or federal court, an attorney for BP, Exxon, Shell and other energy firms painted the case as a threat to America’s energy independence.

Kannon Shanmugam, representing the industry, told the court that if the city were to succeed in state court, and win billions of dollars in compensation, that could kill offshore drilling. “The relief that Baltimore seeks would deter, if not render entirely impractical, any further production on the outer continental shelf,” he said.

The outcome of the case may have a bearing on nearly a dozen other lawsuits by states and municipalities.

Karen Sokol, a law professor at Loyola University who specializes in climate litigation, called the claim one of a number of “sterile scare tactics” deployed by the oil industry as it fights to move the Baltimore and other cases out of state jurisdictions, where consumer protection and other laws favor the plaintiffs, and in to federal courts where the fossil fuel companies believe they have the advantage.

“It’s a scare tactic, which is telling the courts to back off, we’re a very powerful industry and we’re essential right now to energy security. If you step into this, you’re going to screw everything up,” she said.

Baltimore’s case accuses oil firms of breaching Maryland state consumer protection and other laws by running disinformation campaigns to cover up what they knew about the dangers of burning fossil fuels.

The outcome of Tuesday’s hearing will influence similar cases within the same federal jurisdiction, including a suit by Charleston, South Carolina. It may also have a bearing on nearly a dozen other lawsuits by states and municipalities in other jurisdictions. A federal appeals court in Hawaii is scheduled to hear a similar case next month.

Shanmugam told the court that the case should fall under federal jurisdiction because pollution is regulated by national laws, and the climate crisis is a national and international issue. Shanmugam also accused Baltimore and other municipalities of using the courts to try and change climate policy.

“Global climate change is obviously the subject of international agreements, as well as pervasive regulation by the federal government,“ he said.

Vic Sher, representing Baltimore, said that the city’s case is not about the regulation of pollution but the lies told by the fossil fuel industry. “The goal of the complaint, sadly, cannot address global climate change. It’s focused very narrowly on a past pattern of conduct based on deception and failure to warn, and it seeks compensatory damages for injuries that flow from that past conduct,” he said.

Sokol said the judges appeared “very skeptical” about the basis of the oil industry’s claim that the Baltimore case belongs in federal court. She said the industry’s legal argument did not address the substance of the city’s claim that Big Oil ran a disinformation campaign and lied about the harm caused by its part in creating the climate crisis, and instead tried to put the focus on who regulates pollution.

Sokol said that if the appeals court decision goes against the oil industry she expects the firms to try to go back to the supreme court as part of a strategy to delay the Baltimore and other cases being heard by a jury for as long as possible.

“It will continue to fight this thing out in the procedural stage till hell freezes over, before it allows it to get to discovery, much less a trial, because it knows the civil discovery system of state courts is so powerful that it would be forced to discord documents that would shed light on the extent of this disinformation campaign even beyond what we already know.”