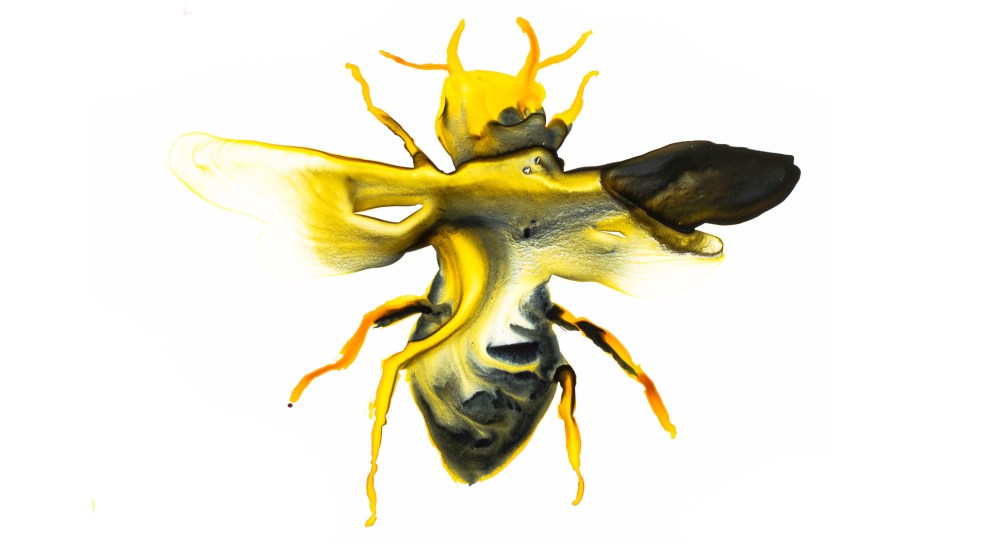 While working as a curatorial assistant at the American Museum of Natural History, Eli Wyman learned about a very unusual bee that was presumed to be extinct. The bee, Megachile pluto, also known as Wallace’s giant bee, is a massive unit. It is the largest bee in the world, four times larger than a honeybee and measuring about the length of a human thumb.

Huge mandibles hang like dastardly garden shears from its head. Or, at least, did—the bee hadn’t been seen alive since 1981 and was feared lost. “I just thought someday I’ve got to go to look for this bee. It’s a sort of unicorn in the bee world,” Wyman says. “If you love bees, as I do,” he added, “this is the greatest possible adventure to have.”

In 2019, Wyman teamed up on an expedition with Clay Bolt, a natural history photographer, and two other researchers who had similar ambitions of rediscovering the bee in its last-known stronghold in the Indonesian islands of North Maluku. Plans to take samples of the bee for genetic testing were ditched due to permitting problems, so the team settled on the singular mission of being the first to see the giant in 38 years.

The bee liked to make its home in termite nests so the modern-day adventurers took a boat to Halmahera, the largest of the North Maluku islands, and met with the head of the village where the bee was last seen to help locate the most likely nests. The next five, futile, days were spent trudging around fragmented forest looking for nests and “almost dying of heat stroke,” Wyman recalls.

By this point the men had almost resigned themselves to not finding the bee and were forlornly discussing whether they should take pictures of some birds instead, Wyman says. Then, at the end of the fifth day, they were ambling back to their car when the group spotted a termite mound located off the path. Reluctantly, an exhausted Wyman volunteered to take a close look.

“We were just hugging and high fiving… I was so beaten down by the heat and the work and suddenly I felt light on my feet.”

A quick scan of the towering nest revealed nothing, Wyman says, but then a dark spot caught his eye and he realized it was an entrance hole. “My heart started pumping then,” he says. The hole was around 7 feet off the ground so Wyman propped up a branch, clambered upon it, and looked inside. He saw that the tunnel was lined with resin, which is what the Wallace’s giant bee does to seal its nest off from the termites.

A local guide then climbed up for a look, Wyman says, made a hand gesture that resembled an antennae and quickly helped build a platform from branches and vines to enable the group to view. At this point Wyman could clearly see the head and mandibles of the bee. Wyman’s nine-year itch had been scratched. “We were just hugging and high fiving each other,” he says. “I was so beaten down by the heat and the work and suddenly I felt light on my feet.”

The rediscovery of the Wallace’s giant bee, a rare slice of good wildlife-related news, was splashed across media outlets around the world, illustrated with pictures of a delighted Wyman and his colleagues holding a vial with the hefty insect inside. (They released it after taking photos.) Government officials in Indonesia pledged there would be a thorough survey of the bee, Wyman says, opening the way for it to be protected properly.

Wyman hoped the local population would take proud ownership of the bee in order to protect it, too, but the conversations tailed off, the momentum spluttered, he says. “That was a real bummer for us.”

Worse, knowledge of the bee’s existence lit up a murky corner of the internet that specializes in the trade of rare animals. Shortly after he got back to the US, Wyman saw that someone was trying to sell a specimen of the bee on eBay for a few thousand dollars—a tempting lure for the subsistence farmers and fishermen of North Maluku who could get a portion of this relative fortune.

The bee had become something unusual, a sort of rare trophy like an endangered rhino. This sometimes happens with insects: In Germany, a rare beetle named after Adolf Hitler was considered at risk of extinction more than a decade ago due to its soaring popularity as a collector’s item for neo-Nazis. Wyman had wanted to highlight the conservation potential of the Wallace’s giant bee but had also inadvertently showcased its value to private collectors, placing it in greater peril. Humanity had managed to formulate yet another way to destroy an insect species.

There are millions of undiscovered insect species living in other piles of dirt or in the bark of trees or beneath our feet that are at risk of dying off, sight unseen. The Wallace’s giant bee would’ve just been another nameless fatality, squeezed from its shrinking habitat, if it wasn’t the world’s largest bee and therefore a sort of holy grail for a bunch of Western researchers. We can now look it in the eye, say its name out loud, and know that it lives among us.

But the most sobering aspect of the bee-finding adventure is that even the flurry of interest surrounding the species didn’t provide it much of a reprieve. “No one cares,” says Wyman, glumly. “Even for something as charismatic as the world’s largest bee we can’t seem to muster enough interest to give it a conservation status or do proper surveys.” (The bee was given vulnerable status by the International Union for Conservation of Nature in 2014, but has no such status designated by the Indonesian government.)

If the world’s largest bee is vulnerable, it’s easy to feel pessimistic about all of the millions of insect species without such celebrity.

Wallace’s giant bee would’ve just been another nameless fatality, squeezed from its shrinking habitat, if it wasn’t the world’s largest, and therefore a sort of holy grail.

We may be grappling with the idea that bees, in general, are in trouble but the reason to care about this is usually couched in human-centric terms—they pollinate our food and are a comforting sight in a summer garden. Undoing these ties threatens us as well as them.

The Wallace’s giant bee has no such use in unknowing servitude—it isn’t zipping around making sure the locals have plenty of cucumbers and apples to eat. But the bee, like all insects, surely has its own value unrelated to humans. Insects have been on Earth more than 1,000 times longer than us, after all. They have in many ways created the world we live in and ensure that it remains steadily ticking, despite our excesses.

The giant bee deserves to be here, with its comically large jawline, just like the everyday earwigs, crickets, and moths. It is part of the astonishing fabric of life of our world, the only known life in this universe, and our blustering self-importance is a poor arbiter of which elements we should allow to be casually extinguished.

“People talk about economic value or about what ends up on our plates, but there is always an intrinsic value to insects,” says Wyman. “We are the shepherds of these incredible creatures.”

In the end, Wyman adds, “We are losing this incredible part of our natural history and Earth’s heritage.”