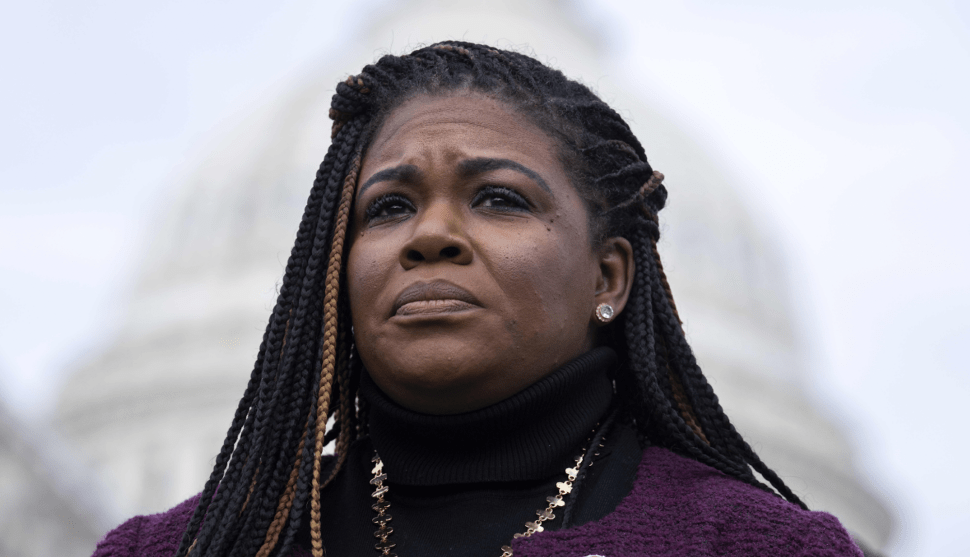 When Amazon wouldn’t let a team of warehouse workers pause their shifts in a deadly storm, the results were predictable—and it wasn’t the first time. Rep. Cori Bush (D-Mo.) wants to make it the last.

Bush, a House freshman whose district stretches across the St. Louis area, is introducing a climate-focused worker protection bill motivated by a December tornado that killed two constituents. They were among six workers killed in the collapse of an Illinois Amazon warehouse where, according to a lawsuit filed by one of their families, managers told employees they would be fired if they fled. Investigators with the Occupational Health and Safety Administration found other issues with the facility and its tornado plan, but didn’t find the company liable for the deaths, nor impose any kind of penalty. There’s no federal law or regulation that meant the warehouse had to close, or that the company couldn’t fire staff who left to find shelter. Bush’s bill would make a dent in that, guaranteeing workers job protection and paid emergency leave during a wide range of climate disasters.

Amazon facilities’ serious injury rate is 40 percent higher than an average American warehouse. (Its contract drivers also get hurt and die disproportionately often.) Current and former employees have criticized the company’s handling of workers’ compensation claims, many characterizing the process as a runaround or alleging retaliation after filing injury claims. The legislation, titled the Worker Safety in Climate Disasters Act, bars employers from firing workers who walk off during life-threatening climate events.

The tornadoes that prompted the bill were part of a storm system that swept the Midwest last year. Its 90 victims included both the six Illinois Amazon workers and another eight at a Kentucky factory run by a different company. As tornado sirens rang out, and despite the weak protection both buildings offered, all were allegedly told they’d be fired if they didn’t keep working. An OSHA investigation of the Amazon warehouse identified multiple risk factors, but found no legal violations and imposed no penalty.

Bush’s bill guarantees two weeks’ paid leave for those unable to work in the wake of a climate disaster, whether injured, forced to relocate, facing school closures, or caring for relatives who have been affected. Employers would be penalized for refusing to pay staff who left or missed work in a disaster.

Any climate-related event with potential for great loss of life would meet the bill’s criteria, including earthquakes, floods, heat waves, hurricanes, severe blizzards, tornadoes, tsunamis, utility failures, and wildfires. It fines violators under the Fair Labor Standards Act, applying the existing penalty for wage theft: a $10,000 fine, small change even to a corporation a fraction Amazon’s size.

That might not seem like a big deterrent—it isn’t—but guaranteed pay protections, together with some legal accountability, could save the lives and incomes of millions of Americans. As I’ve reported, the climate crisis is making many of our jobs deadlier, across all kinds of industries, and agencies like OSHA have been largely denied (or stripped of) the powers that would let them protect workers from its most dangerous consequences.

Amazon, in particular, has a documented history of throwing workers in Mother Nature’s way for tiny gains to its bottom line. In 2018, two of its employees were killed in Baltimore when a tornado collapsed a warehouse wall. Workers had to drive to and work at its New York City facilities as tropical depression Ida took 14 lives, sparking large protests. Less than a month ago, a New Jersey Amazon worker died in a heat wave while racing to fulfill its Prime Day rush. (Amazon blamed a “personal medical condition” and passed out water and snacks.)

“Currently there are no protections that support job security,” Bush told the Intercept, “nor paid time off due to missed work because of a climate disaster.” Her new bill, she said, “would ensure that as climate disasters become more and more frequent, workers’ safety is not impeded by their bosses.”