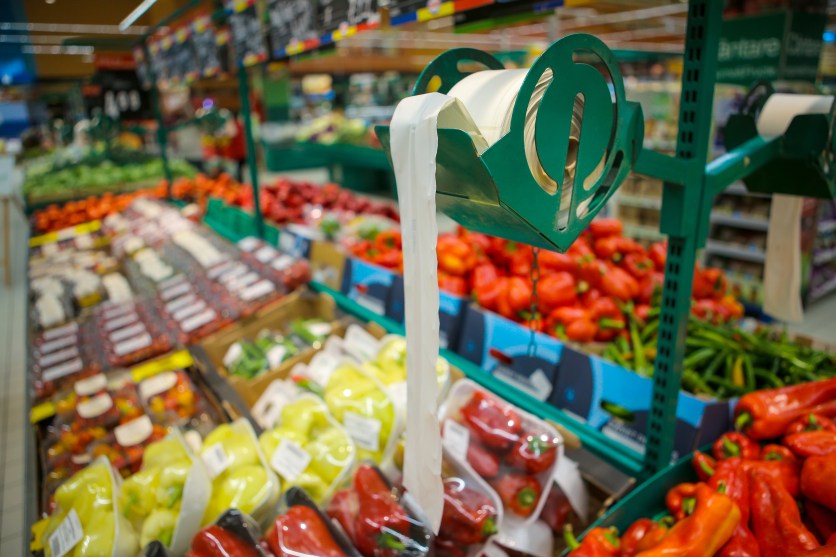 Most plastics marketed as “home compostable” don’t actually work, with as much as 60% failing to disintegrate after six months, according to research.

An estimated 10 percent of people can effectively compost at home, but for the remaining 90 percent of the population the best place to dispose of compostable plastics is in landfill, where they slowly break down, releasing methane, researchers say. If compostable plastic ends up among food waste, it contaminates it and blocks the recycling process, the study finds. The only solution is to use less plastic.

“People are really trying to do the right thing, mostly, so I feel bad for them that it’s turned out this way.”

“The bottom line is that home compostable plastics don’t work,” said Professor Mark Miodownik, an author of the paper, published in the journal Frontiers in Sustainability. “Let’s just stop. Let’s not pretend to ourselves that it’s going to be some sort of panacea, and you can sell people stuff without really having infrastructure to deal with the waste and hope that it’s all going to go away.”

The study showed that most of the plastic that people put in their home compost shouldn’t be there anyway. Researchers found 14 percent of plastic packaging items were certified “industrially compostable” and 46 percent have no compostable certification (for example they could be “100 percent biodegradable,” which typically means it cannot be composted).

People are confused by the labels, and struggle to work out what goes where, yet 85 percent of people remain enthusiastic about buying compostable plastics, the report said.

“People want them to work,” said Miodownik, who is part of University College London’s Plastic Waste Innovation Hub. “People are really trying to do the right thing, mostly, so I feel bad for them that it’s turned out this way. But actually, home composting just doesn’t work,” he said.

Researchers based their findings on data from 9,700 people across the UK who completed a survey called the Big Compost Experiment about their understanding of plastic waste, 1,600 of whom took part in a home composting experiment, and 900 completed it. Those that took part had a range of composters, from indoor wormeries to outdoor trenches. Participants used spades, trowels and sieves to go through their compost and look for traces of plastic before recording results online. If 90% of the carbon in the test materials had disappeared within six months it was considered compostable.

The results showed there was no specification that was reliably home compostable. The study also suggests that the laboratory tests for these materials don’t work, which is a wider issue for the plastics sector, and calls into question whether these product standards really protect the environment.

Researchers found that bags claiming to be biodegradable could still hold groceries after three years buried in the soil.

“I think if people continue to market home compostables, it’s greenwash,” said Miodownik. “Before it was unclear, but now we have the evidence. People are making claims for material without much understanding of what has to happen in order for it to actually be biodegradable.”

The term biodegradable refers to a material being degraded by biological activity, but is not specific about how long that might take and under what conditions. In 2019, another team of researchers found plastic bags that claimed to be biodegradable were still able to carry shopping three years after being buried in the soil and sea.

The growth in recyclable, compostable and reusable plastics is a result of attempts to tackle plastic pollution but there are few places to dispose of them. There is, for example, no UK-wide system of collection for compostable and biodegradable plastics. “In-vessel” composters, where the composting takes place in an enclosed environment, are best at breaking down industrially compostable materials, but food waste is generally sent to anaerobic digesters, which cannot process them.

“Reduce and reuse are often big money savers for everyone, and yet it seems the strategy that is least intuitive to people,” said Miodownik.

If your local authority uses industrial composting to process food waste then you should use compostable bags, but this is rare in the UK. Most food waste is processed using anaerobic digesters, which turn the waste into biogas. All bags are removed as part of this process—which takes time and energy—if they are compostable or not. If possible, putting local authority food waste in newspaper would be better.

However, the bottom line is that recycling food waste is a big win environmentally, and should be encouraged, even if people do use plastic bags to do it. For home composting, using no bag or paper is the best option.