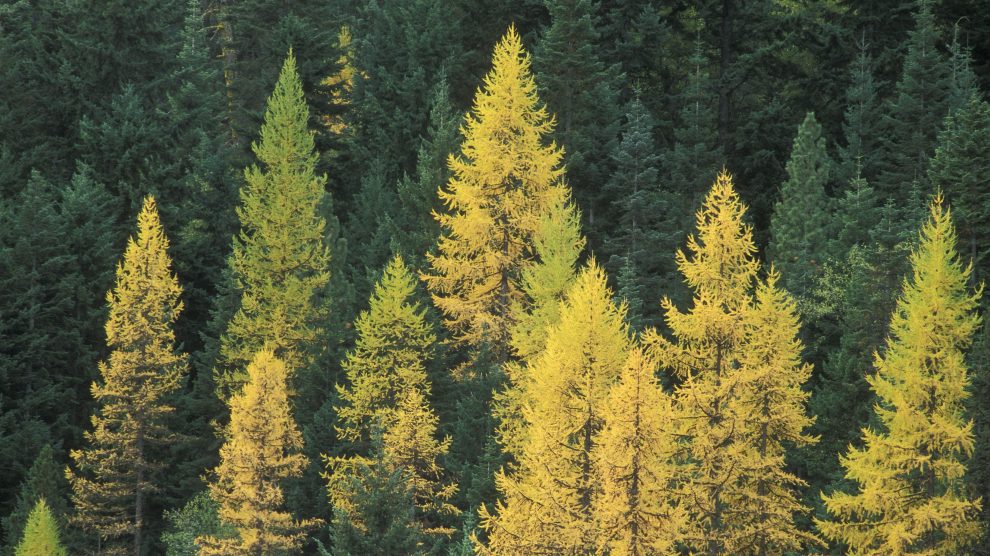 Scientists have discovered a record number of dead fir trees in Oregon, in a foreboding sign of how drought and the climate crisis are ravaging the American west.

A recent aerial survey found that more than a million acres of forest contain trees that have succumbed to stressors exacerbated by a multi-year drought. Images released by the US Forest Service show Oregon’s lush green expanses dotted with ominous swathes of red.

“It is stunning,” said Daniel DePinte, an aerial survey program manager with the Forest Service who led the agency’s Pacific north-west region aerial survey, noting that this year saw the highest mortality rate for firs in this area in history. These evergreen conifers are less able to survive in drought conditions than other heartier trees that line the landscapes.

He and his colleagues scanned the slopes from planes several times between June and October, detailing the devastation on digital maps. During that time, it became clear that this year would be unlike anything he had seen before. The data, first reported by the environmental journalism nonprofit Columbia Insight, is still being finalized but dead trees were spotted in areas across 1.1 million acres of Oregon forest. The scientists have taken to dubbing it “firmageddon.”

“The size of this is enormous,” DePinte said. “A lot of people out there think climate change is just impacting the ice caps or some low-level island out there but it is actually impacting right here in our backyard,” he added. “If this drought continues as climate change keeps on, and we continue ignoring what nature is showing us across the globe—it doesn’t bode well at all.”

An ongoing drought, paired with recent extreme heat, has left more vulnerable trees like firs struggling to adapt. As the cascading effects of the climate crisis unfold, ecosystems are expected to shift. The loss of these trees are a sign that the forests may already be starting to change.

“It will be a different forest with a different feel and it will happen across the landscape as nature decides,” DePinte said. “Nature is saying there is just not enough to support the firs, and they will over time be eliminated from those areas.”

Scientists have expected to see signs of stress in the forests, but the suddenness of the spike in mortality was alarming. Before this year, the largest area where dead trees was recorded in Oregon was in 1952 where die-offs were spotted across roughly 550,000 acres.

“It is kind of like if you are trying to suck up a milkshake with a straw but there is a hole in the straw.”

“This is not surprising that this is happening, but to see such a peak within the span of a year—that is concerning,” said Christine Buhl, a forest entomologist with the Oregon department of forestry. The underlying conditions that caused the spike—record-high temperatures and record-low precipitation—had a compounding effect on the forest because of timing, duration and frequency.

“Hot drought is a double whammy for a tree,” she said, explaining that the roots of drought-stressed trees die back, making it harder for them to recover even when water is available. Prolonged lack of moisture, especially during growing seasons when precipitation was once more plentiful, also harms a tree’s vascular tissues that are used by the tree to draw in water. “It is kind of like if you are trying to suck up a milkshake with a straw but there is a hole in the straw,” Buhl explained.

Rebuilding those essential tissues takes time and also requires resources. When conditions continue for longer stretches of time, some trees aren’t able to cope. Stressed trees are also more susceptible to other aggressors, including insect infestations and disease. “Sometimes you will see trees dying years after a major drought stress,” she said, “because they have just been trying to hang on.”

The loss of these trees can change other ecosystems in the forest. The flood of warmth and light once guarded by a thick canopy can increase stream temperatures or make space for invasive species once kept out by shade. Some species will thrive in the shift. Bees that nest in the forest floor, Buhl said, benefit from the burst in sunlight that also helps flowering plants blossom. But others will perish.

The effects aren’t limited to Oregon, and scientists have observed a similar—if far less severe—die-offs of firs in Washington state, although fewer of these types of trees grow there.

The tree deaths also heighten other risks, such as wildfires. “Long periods of drought and extreme heat can make trees weaker and more susceptible to things like insects and disease outbreaks,” said Will Rubin, a spokesperson with the Washington department of natural resources. “That overcrowded dry, dead, timber, becomes more susceptible to fueling those fast-moving higher heat intensity wildfires that blanket the west in smoke.”

As heatwaves and drought conditions deepen across the American west, landscape managers are looking at ways to adapt and to increase the resiliency of forests, including through proven treatments such as prescribed burning that helps the land heal and protects against catastrophic fires.

“We are trying to help return our forests to this a historically resilient state, while managing for and understanding the impacts of these severe weather events as climate science shows they are more likely to happen more often,” Rubin said.

When it comes to die-off, researchers are trying to embrace the shift. Dying firs may not be replanted. “We have to get used to it. We are not going to see some species in the same places we expected to in the past,” Buhl said. She emphasizes that understanding where the climate will be in the decades to come can help them get ahead of problems. “If we can prepare and know that there is going to be a shift in the way things look,” she said, “we are going to be way better off.”