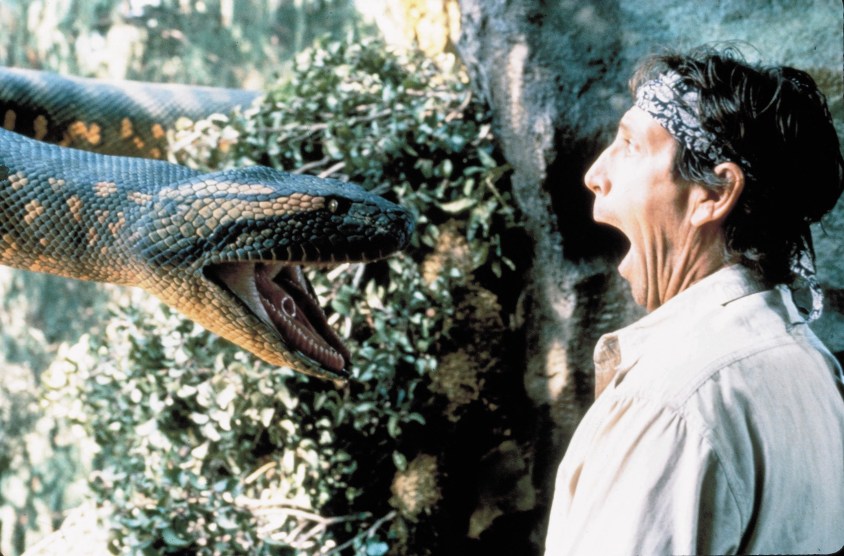 Female snakes have clitorises, scientists have detailed for the first time in a study of the animal’s sex organs.

The scientists, all of whom are women, say previous research had mistaken the organs as scent glands or underdeveloped versions of penises, in a study that criticized the comparatively limited research into female sex organs.

In a study published in the journal Proceedings of the Royal Society B, the researchers found that snakes have two individual clitorises—hemiclitores—separated by tissue and hidden by skin on the underside of the tail. “Female genitalia are conspicuously overlooked in comparison to their male counterparts, limiting our understanding of sexual reproduction across vertebrate lineages,” the authors wrote.

Folwell first dissected the clitorises in a death adder, in which the organ forms a triangle shape “like a heart.”

Male snakes and lizards are known to have hemipenes—a pair of penises which are everted outside the body during reproduction. In many species, hemipenes are covered in spines or hooks.

The study’s lead author and a PhD student at the University of Adelaide, Megan Folwell, said “a massive taboo around female genitalia” was a potential factor in why snake clitorises had not been described earlier. “I think it’s a combination of not knowing what to look for and not wanting to,” she said.

“Trying to find it is not always the easiest thing—some are extremely tiny,” Folwell said. She first dissected the clitorises in a death adder, in which the organ forms a triangle shape “like a heart.”

“I was fortunate that the death adder had a reasonably prominent hemiclitores,” Folwell said.

The study suggests that the sex organs “have functional significance in mating” in snakes. Though more research into snake behavior is needed, Folwell said the team theorized the hemiclitores “could provide some sort of stimulation signaling for vaginal relaxation and lubrication, which would aid the female in copulation potentially prevent damage from those big hemipene hooks and spines during mating.”

“It could also be signaling to the ovaries to ovulate and to the oviduct to potentially prepare for sperm storage,” she added.

The researchers went on to dissect 10 snakes of nine species, including the carpet python, puff adder and Mexican moccasin. “Some of the clitorises are quite muscular and large—in say vipers—but then they’re really thin, stretched out and small in some other snakes,” said Dr. Jenna Crowe-Riddell, study coauthor and postdoctoral researcher in neuroecology at La Trobe University. Sizes ranged from less than a millimeter to seven millimeters.

The study found the hemiclitores are comprised of erectile tissue that likely swell with blood, as well as nerve bundles which “may be indicative of tactile sensitivity, similar to the mammalian clitoris.”

“Now that we know that this is here, we know what it looks like, we know there’s erectile tissue with nerves—we can’t help but think: Why wouldn’t this be for pleasure?” Crowe-Riddel said. “I think it’s worth opening up those questions for snakes.”

The study comes after a research abstract presented in the United States earlier this year said that the human clitoris has between 9,850-11,000 nerve fibers—about 20 percent more than the previously widely cited number of 8,000, which reportedly came from research carried out on cows.