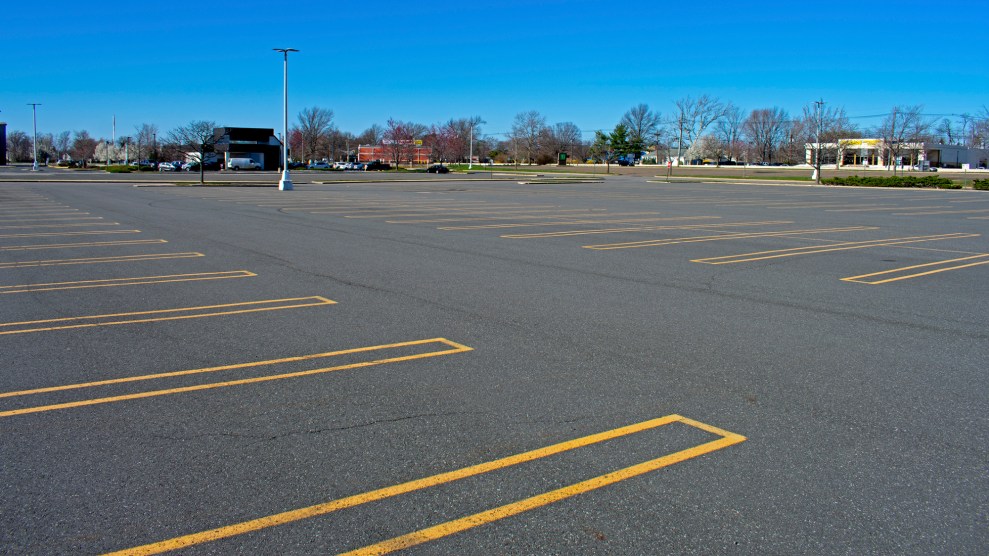 They are gray, rectangular and if you lumped their population of up to 2 billion together they would cover roughly the same area as Connecticut, about 5,500 square miles. Car parking spaces have a monotonous ubiquity in US life, but a growing band of cities and states are now refusing to force more upon people, arguing they harm communities and inflame the climate crisis.

These measures, along with expansive highways that cut through largely minority neighborhoods and endless suburban sprawl, have cemented cars as the default option for transportation for most Americans.

From January, though, California will become the first state to enact a ban on parking minimums, halting their use in areas with public transport in a move that Gov. Gavin Newsom called a “win-win” for reducing planet-heating emissions from cars, as well as helping alleviate the lack of affordable housing in a state that has lagged in building new dwellings.

Several cities across the country are now rushing doing the same, with Anchorage, Alaska, Cambridge, Massachusetts, and Nashville, Tennessee, all recently loosening or scrapping requirements for developers to build new parking lots. “These parking minimums have helped kill cities,” said Gernot Wagner, a climate economist at Columbia Business School who accused political leaders of making downtowns “look like bombs hit them” by filling them with parking lots.

“Getting rid of parking minimums is an amazing step, it’s a piece in the puzzle of climate policy,” said Wagner, who pointed out that transportation is the largest source of planet-heating emissions in the US. “There’s a major rethink going on now, which is good for cities and for families.”

Climate campaigners and public transport advocates have seized upon the previously esoteric issue of parking minimums, posting aerial pictures on social media demonstrating the vast swathes of prime urban land given over to parking lots and pushing city councils to foster denser communities with more opportunities to walk, cycle or catch buses and trains rather than simply drive.

Cities such as Buffalo, New York, and Fayetteville, Arkansas, scaled back parking minimums a few years ago and have reported a surge in activity to transform previously derelict buildings into shops, apartments and restaurant. Developers previously saw as such work as unviable due to the requirement to build plots of car parking, in many cases several times larger than the building itself.

“There’s been this decades-long process of hollowing out cities essentially to favor the rich and those in the suburbs who drive everywhere.”

Nashville is among a new wave of cities hoping to do the same. “It’s about the climate, it’s about walkability, it’s reducing traffic and the need for everyone to have a car,” said Angie Henderson, a member of the Nashville metro council who proposed the parking change for the city’s core area.

Henderson said she was struck by how a dental practice in her district was forced to construct a parking lot for 45 cars, requiring the clearing of trees from a nearby hillside, despite only having space for a handful of patients.

“Nashville is very much auto-orientated and making that shift is challenging,” added Henderson, who admitted that some residents complain about a lack of parking and have been unnerved by the changes. “We aren’t doing away with cars, this isn’t some sort of parking armageddon, but it will start to shift the market.”

“Land use policy is inextricably linked to climate policy and I think at a local level this is the primary way we can to help on that,” she said. “So much good work on climate is being done in cities, which is exciting. There’s real momentum around parking policy now.”

Mandating the building of car parking can seem an innocuous, and even commonsense, way to accommodate the roughly 280 million cars driven around by Americans. Faced with a public used to navigating car-centric cities with ample parking at amenities from strip malls to concert halls, cities typically have zoning laws demanding at least one parking space per apartment built, one per 300 sq ft of commercial development and one per 100 sq ft for restaurants.

These stipulations have helped concrete over huge chunks of America—there are between three and six car parking spaces per car in the US, numbering up to two billion in total according to some estimates. In much of the US, more space is devoted to parking than housing—in Jackson, Wyoming, for example, parking spaces outnumber homes 27 to one, research has found.

That ratio is much lower in places such as New York City, but the US’s largest and most transit-friendly metropolis still allows vast swathes of public road space to be free storage for cars—there are nearly 4 million car parking spots in New York and drivers only have to pay to park in 3 percent of them.

In California, site of the first statewide curbs on parking minimums, the amount of land earmarked for the use of cars is even more striking. In the San Francisco bay area, which has become increasingly expensive to live in amid a shortage of new housing, there are about 15m parking spots, with a fifth of the region’s incorporated land area given over to parking and roads. In Los Angeles county, around 40 percent of the land is devoted to the movement and storage of cars, with parking alone taking up the space equivalent to nine Manhattans.

“There’s been this decades-long process of hollowing out cities essentially to favor the rich and those in the suburbs who drive everywhere,” said Wagner.

“Driving has been subsidized with this negative regulatory intervention into the market through parking minimums, which has helped make housing less affordable and is killing the climate. It’s mind-boggling to think about how long it took for the tide to change, but it is changing.”

“The more you look at parking minimums, the more you realize they are ridiculous.”

The primacy of the car—or more accurately, SUVs—is still mostly unchallenged in the US. Vehicle sales leapt last year and while Joe Biden’s administration has proposed the removal of some highways to reconnect severed, previously walkable communities, the federal government is still funneling more than $300 billion into the construction of new highways and is not involved in the hyper-local issue of parking spaces.

Even in California there is still resistance to change, with restaurants near beaches in San Diego recently told they will need to replace any ‘lost’ parking spots if they set up outdoor dining on street.

But the growing backlash against entrenched parking minimums is providing a sense of vindication for long-time advocates such as Donald Shoup, a professor of urban planning at University of California who write a seminal 2005 book on how free parking is destroying the fabric of urban life by deterring developers from building large blocks of affordable homes while also encouraging snarls of traffic.

“What’s finally sunk in with many people is that we have parking minimums and yet housing maximums, which means we have too many cars and too little housing. We have things the wrong way around,” said Shoup.

“Why should people pay high prices for housing but cars pay nothing for some of the most valuable land on Earth? Do you think McDonalds would build a lot three times as large as its restaurant if it wasn’t forced to?