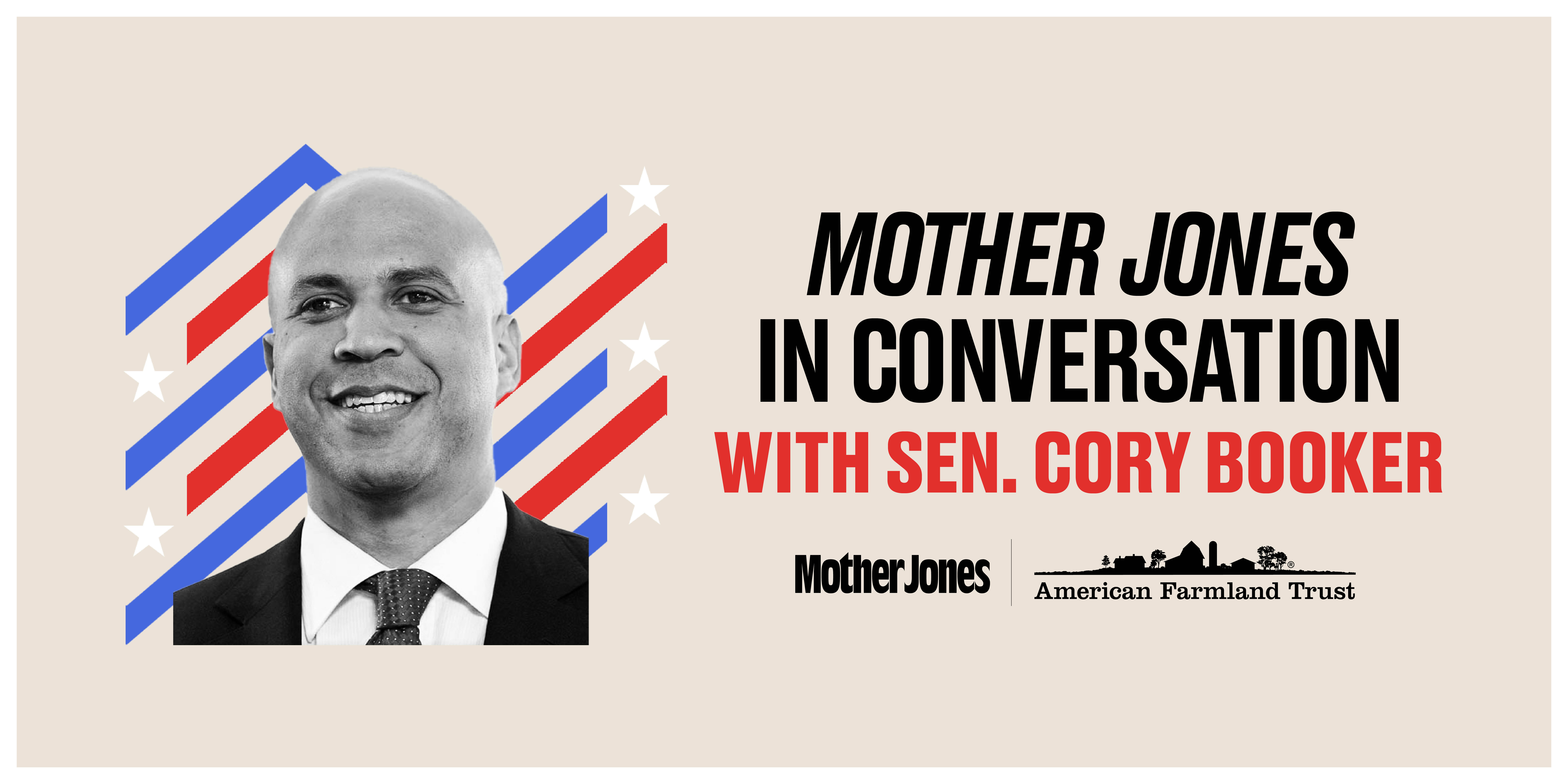 In Conversation with Senator Cory Booker

The US model of corporate-controlled meat production has long needed an overhaul. Meatpacking workers face gruesome conditions for near-poverty wages. Feed crops like corn and soybeans tie up more than half of farmland; growing them has led to a catastrophic soil erosion crisis in the Midwest. Pollution from feedlots fouls air and water in surrounding communities.

Enter US Sen. Cory Booker. How did the former Newark, New Jersey, mayor and current senator from a highly urbanized state come to take on Big Agribusiness? James Beard Award-nominee and Mother Jones food and agriculture reporter Tom Philpott talks with Sen. Booker about his push to defend workers, small farmers, and rural communities against this potent industry—and what his Food System Reform Act hopes to accomplish.