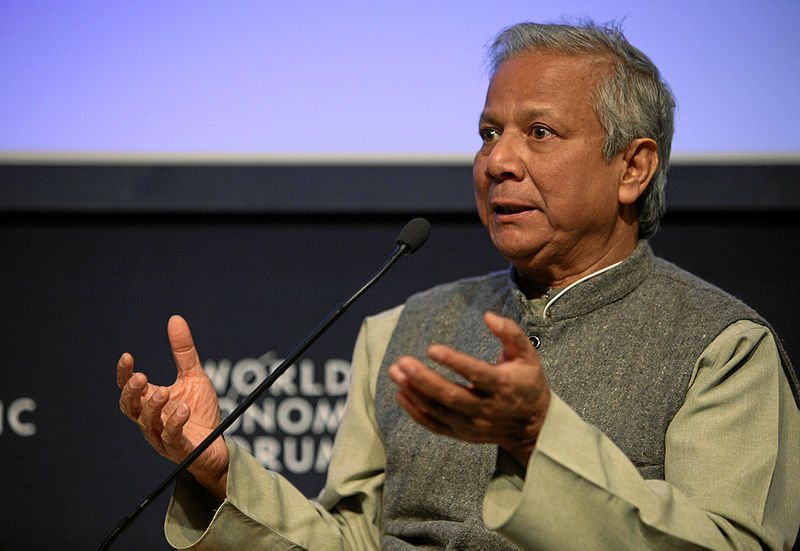 Nobel Peace Prize winner Mohammed Yunus, founder of microcredit lender Grameen Bank, is under investigation by the Norwegian Committee of Foreign Affairs after a Norwegian documentary, Caught in Microdebt, publicized accusations that Yunus funneled money to Grameen Kalyan, a subsidiary that finances his bank, as well as Yunus’ phone company GrameenPhone—which is co-owned by a Norwegian company, Telenor. Over the years, Norway has provided $100 million in aid to the Bangladeshi-based Grameen Bank—and explained to Grameen back in a 1997 letter that using the money to finance other projects wasn’t part of the deal.

In documents published by Tom Heinemann, the Danish journalist who produced the documentary, the Royal Norwegian Embassy’s questioning of Yunus’ money transfers are revealed. Yunus claimed the change in cash-flow structure was “to generate income for the borrowers of the bank and offer opportunities to diversity our efforts for poverty reduction” by avoiding burdensome taxes. He then wrote a letter to the Norwegian Agency for Development Cooperation, explaining the dire situation and asking for help before a public misunderstanding occurred.

The documentary, which will be released in English in January, comes a month after the New York Times‘ gloomy forecast for the future of microcredit in India. Investigations of improprieties in the microcredit boom are flying around the development world. David Roodman, a researcher for the Center for Global Development, said the number of microloans in India alone has shot from 1 million to 26.7 million since 2003. Echoing information uncovered by the Times investigation, Roodman claimed this boom is largely due to microlenders giving loans to women who can’t pay back previous microloans. Studies show that this load of revolving debt further exacerbates the farmer suicide situation. It also creates the appearance that payback rates on the previous loans are higher than they actually are…and high payback rates are a major selling point of microlending among activists and investors in the West.

According to the documentary, which screened this week, Grameen Bank is no different. Heinemann visited villagers who have taken loans from Grameen and claim debt collectors have used threatening and aggressive collection tactics that push them into desperate borrowing cycles. This morning, Grameen Bank dismissed the allegations—at least those regarding its money transfers—saying the bank’s plan was only to keep the interest on loans down to 2 percent by moving the cash and reducing its tax exposure.

While the moves are still under investigation, Yunus’ saintly reputation doesn’t seem to have take too large a hit yet—not here, at least. Italian filmmaker Marco Amenta intends to shoot a new film about Yunus, named after the financier’s book, Banker of the Poor. Amenta is already in India, where the film will be set, hunting down actors and locations. But he might have an easier time finding a willing audience in the West than finding willing actors in the East.