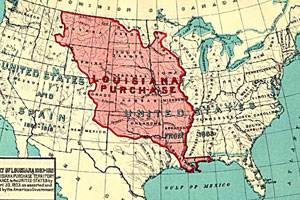 When I was in Haiti this fall, a leader of PAPDA, the grassroots Haitian Platform to Advocate Alternative Development, got a little pissed at me. During an interview across a stately wooden table in PAPDA’s quiet, clean office, Ricot Jean-Pierre raged against the thousands of NGOs that are  ostensibly helping Haitians but, in his opinion, more often helping themselves. Haitians need to get control of the recovery process, he explained, get fired up, take back their country from the Americans and the UN and all the other self-serving interfering foreign powers.

This is where our rift occurred. The 12,000 troops running Haiti’s streets are from the UN; the Interim Haiti Recovery Commission is co-chaired by Bill Clinton—whom, as Jean-Pierre himself had just reminded me, locals often call the governor or president of Haiti. So I asked Jean-Pierre, gently but a little skeptically, if he thought his foreigner-ousting goal was realistic.

He was instantly agitated. And he reminded me, not so gently, that Haitians OVERTHREW THE FRENCH.

The rebellion of Saint-Domingue, as the French colony was called back then, started on an August night in 1791 when slaves set fires and massacred ruling whites. It took 12 years, but after the defeat of plantation owners, and local French troops, then an army of Spaniards, a British invasion, and ultimately Napoleon’s army in 1803, the Republic of Haiti was born. It was the most successful slave revolt in history. It created the first independent state in Latin America, and the first black-led nation in the world. As a footnote, it also helped ensure the survival of another fledgling republic: the United States.

How? Well for starters there may not have even been a United States to save by 1803 had Haiti not been such a fabulously profitable colony. French aid to America’s revolutionaries was delivered not only because they wanted to stick it to the British, but also to protect Saint-Domingue, which provided 40 percent of the world’s sugar. The treaty of alliance between America’s Continental Congress and France explicitly stated that the US would help them do so. Haiti was also a critical way station for French naval assistance and weapons smuggled to US rebels, including dozens of French ships and thousands of French troops that helped take Savannah.

However when, in 1802, the United States found out Spain secretly ceeded the Lousiana Territory to France, an alarmed Thomas Jefferson wrote of our erstwhile allies: “There is on the globe, one spot the possessor of which is our natural and habitual enemy. It is New Orleans, through which the produce of three-eighths of our territory must pass to market. The day that France takes possession of New Orleans…we must marry ourselves to the British fleet and nation.”

Napoleon, meanwhile, needed to quell the Haitian rebellion to keep sugar profits flowing and maintain a foothold in the New World. He wanted to invade England. He even had an eye on invading the American mainland to assert control over the Louisiana Territory. But without Haiti as a base, that was going to be tough. And who needed the port of New Orleans if France didn’t have to supply or defend a Caribbean colony? By the spring of 1803, French victory in Haiti was looking less likely. Napoleon didn’t need the Gulf Coast, and didn’t have the troops to spare on it, either; the war for Haiti had taken out more than 40,000 French soldiers. What he did need was money to fund his war against England. And so the historic deal was struck. We got 828,800 square acres and control of the Mississippi for $219 million in today’s dollars. Not bad.

There’s of course a lot of sociogeographipolitical context surrounding the fall of France’s New World empire. The above version is oversimplified. But, with apologies to Ricot Jean-Pierre, let me never imply again that Haitians don’t have a history of radically altering history despite the interference of the world’s superpowers. As one historian wrote, “Napoleon’s decision to divest himself of his North American ambitions was not due to one or two factors, but was rather part of a complex calculus. Timing, shifting circumstances, and his own ambitions had as much to do with his decision to sell the Louisiana Territory as did Haiti’s victory over France. However, it is undoubtedly true that rebel army’s stubborn resistance combined with [the French commander in Haiti’s] losses in men and materiel would force the First Consul’s hand, and this fact would forever alter America’s destiny.”

Read my feature on Haiti’s reconstruction hell and a photo essay on its tent cities.