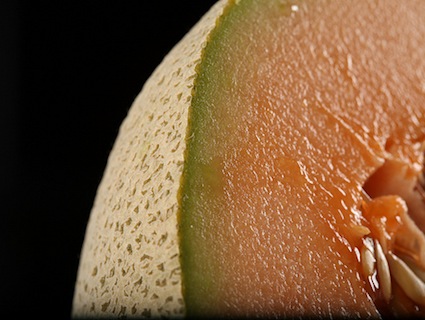 Federal investigators have traced the source of listeria-tainted cantaloupes, which have killed 25 people and sickened 123, to a single farm in Colorado.

Holly, Colorado-based Jensen Farms grows, packs, and ships 480 acres of cantaloupes. This year, it produced 300,000 cases of the fruit, which went out to—and sickened people in—26 states. In addition to cantaloupes, it also grows two subsidized commodity crops, wheat and corn, for which it drew $66,000 in federal direct payments in 2010.

And like many operations trying to hustle loads of product out the door as quickly and cheaply as possible, Jensen appears to have cut corners. FDA investigators (report here) turned up no evidence of listeria in the field, but plenty of it in Jensen’s packing house, where they found deplorable conditions: standing water on the ground contaminated with the same strain of listeria that ended up in the offending cantaloupes, as well as filthy packing equipment also contaminated with listeria. Then there’s this:

So what we have here is a case of conditions at a single large operation endangering the health of consumers over a huge swath of the country: the perils of the industrial food system writ large.

Right? Au contraire, says Steve Sexton at Freakonomics blog. In reality, the cantaloupe calamity and its 25 deaths stand as a stinging indictment to those who would like to decentralize the food supply. Declares Sexton:

As the death toll from listeria in cantaloupe reached 25 this week, marking the deadliest outbreak of foodborne illness in a quarter-century, some industry insiders are placing blame on the local foods movement. On economic grounds, they may have a point.

Now, Sexton neglects to name the “industry insiders” he says are making this claim, but he goes on to defend it at length. How does he manage to  blame the “local foods movement'”? His argument hangs on a thin reed: The Jensen operation, he writes, is a “self-described small farm.” A paragraph later, Sexton has dropped the “self-described” bit and is confidently calling Jenson a “small farm selling principally to regional buyers.”

Huh? As I show above, no matter how Jensen describes itself, it’s a large operation. Its tainted cantaloupes reached consumers as far away as New York, Alabama, and Oregon.

Thus Sexton’s argument is absurd on its face. He is using the cantaloupe case to bolster some preconceived complaint against small farms—and the notion that the food system, in all its giantism, works just fine as it is, thank you very much.

Even on its own terms, Sexton’s argument is shaky. Defending a highly consolidated, centralized food system, he writes:

Reputation is critical to firms in the food industry as health scares can dramatically reduce demand well into the future. To large firms in the industry, an outbreak can mean hundreds of millions of dollars in foregone sales and liability. This creates a big incentive for these firms to invest in equipment, procedures, and testing to minimize the risk of food contamination at farms and packing sheds.

The logic sounds reasonable, but doesn’t hold up. First, it ignores the concentration of risk inherent in such a food system—the scenario wherein misdeeds at a single operation in Colorado can imperil the health of millions. An even scarier example is the meat industry, which hinges on stuffing animals by thousands into tight quarters. It’s an efficient process, no doubt, by some measures. But it requires dosing the animals daily with low levels of antibiotics, a practice that has given rise to antibiotic-resistant pathogens that threaten humans. The intensive livestock production also generates vast concentrations of highly toxic manure (PDF).

Sexton’s argument also ignores a spectacular series of food-safety meltdowns at just the type of food firms that he praises: the antibiotic-resistant salmonella outbreaks from Cargill’s vast ground turkey factory; the half-billion tainted eggs that emerged from a few filthy operations in Iowa; and the gusher of bad peanut butter that emanated from an infamous Georgia facility.

In short, Sexton’s screed got the facts wrong about the “small” Colorado facility responsible for the current listeria outbreak. And his overall theory about the glorious efficiency of our industrial food system is similarly fact-challenged. This is Freakonomics-style reflexive contrarianism at its silliest.