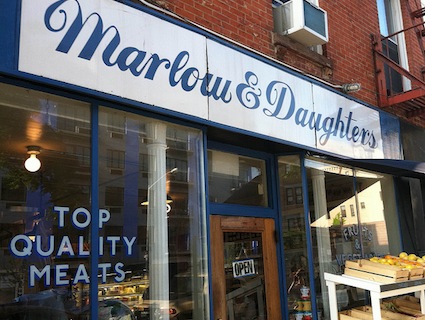 While the food and ag industries can use their lobbying power to dominate national ag policy, they can by no means shut down the work going on all around the country to create vital alternatives. Two news items have crossed my desk this week that remind me not to despair about recent shenanigans in Washington.

• The first one involves beer—specifically, a bubbling up of craft brewing in St. Louis, the US headquarters of global beer behemoth Anheuser-Busch InBev. According to a recent New York Times article, the number of craft breweries in the city have jumped to 11 from three in 2008, the year the Belgian conglomerate InBev bought then US-based Anheuser-Busch, maker of the iconic (and dreadful) Budweiser brand. In the suburbs surrounding St. Louis, The Times reports, there are now another dozen brewhouses.

This might sound like a frivolous thing to get excited about, but hear me out. Two massive global companies, Anheuser-Busch InBev and its rival SAB Miller, produce nearly 80 percent of the beer consumed in the US. In their business model, beer is a flavorless industrial commodity, to be churned out in a few vast factories and bottled into a dizzying array of contrived brands.

Consider that A-B InBev produces nearly half of the beer consumed in the US in just a dozen massive factories; and Miller SAB pumps out 30 percent of our beer supply in eight facilities. Together, the two companies operate just 20 breweries. Now let’s go back to those 23 craft brewhouses now serving St. Louis area alone. Megabreweries follow the industrial model: production is overseen by a few engineers and staffed by low-skill factory workers; while each of the craft houses employs at least one skilled brewer. Ironically, in the home town of Budweiser, symbol of post-Prohibition US beer mediocrity, the brewer’s trade is being revived.

Of course, the phenomenon isn’t unique to St. Louis. As I’ve written before, we’re in the midst of a nationwide craft-brew renaissance. People are increasingly rejecting corporate dreck shipped in from afar in favor of quality stuff made by neighbors: a vision of the food system fully at odds with the farm bill now being cooked up in Washington.

• My second example also comes by way of The New York Times: “Butcher shops, once a vestige, are opening in many New York neighborhoods where buying meat has often been reduced to staring down a sea of plastic-wrapped foam trays.”

Not so long ago, butchers were just one part of a largely middle class and skilled workforce that processed the nation’s meat. As Human Rights Watch put it in its excellent 2005 report “Blood, Sweat, and Fear: Workers’ Rights in U.S. Meat and Poultry Plants“:

For about forty years in the middle of the twentieth century, from the 1930s to the 1970s, meatpacking workers’ pay and conditions improved. Master contracts covering the industry raised wages and safety standards. In the 1960s and 1970s, meatpacking workers’ pay and conditions approximated those of auto, steel, and other industrial laborers who worked hard in their plants and through their unions to attain steady jobs with good wages and benefits. Meatpackers’ wages remained substantially higher than the average manufacturing sector wage—15 percent higher in 1960, 19 percent higher in 1970, 17 percent higher in 1980.

But then the meat industry consolidated, scaled up a few slaughterhouses, shuttered thousands of others, and waged war on labor in order to protect profit margins. And it wasn’t just slaughterhouse workers who paid the price. Today, supermarkets have largely dispensed with skilled butchers altogether—they rely heavily on “case-ready” meat from the the meat-packing giants. Wells reports:

“The butchers used to be the highest-paid guys in the store,” says Bruce Aidells, who wrote The Complete Meat Cookbook. “Now clerks put the meat on the shelves and they get the same low wage as everybody else.” It might seem that the butchers have simply moved from the stores to the slaughterhouses, but in fact meat packers have perfected an assembly-line system in which unskilled workers repeat a single cutting motion all day long.

In other cities, butchers are also opening, including Barbara Lynch’s Butcher Shop in Boston, the Local Butcher Shop in Berkeley, Calif., Smoking Goose Meatery in Indianapolis, and Chop Butchery and Charcuterie in Portland, Ore.

These small operations can completely skirt the meat industry and its vast animal factories and link consumers directly to appropriate-scale farms in their areas.