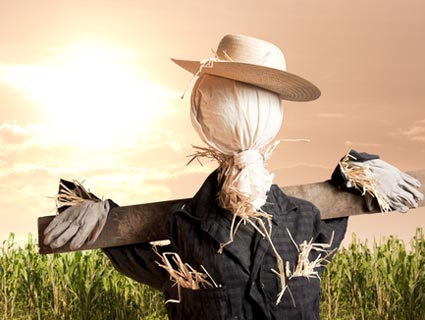 President Obama is enjoying a pleasant end to 2012—a successful election and a winning hand in his fiscal cliff fight with the Republicans. But his Food and Drug Administration is having a rough slog.

In On Earth Magazine—and reprinted in Mother Jones—Barry Estabrook has a searing article establishing the FDA as woefully underfunded and reluctant to stand up to Big Food to protect the public from food poisoning.

And remember the voluntary new rules FDA proposed in April to curtail antibiotic use on factory farms—you know, the practice that drives the rising tide of antibiotic-resistant illnesses? The FDA insisted that voluntary rules would end massive overuse of antibiotics. “The new strategy will ensure farmers and veterinarians can care for animals while ensuring the medicines people need remain safe and effective,” FDA Commissioner Margaret A. Hamburg declared in a press release. But in October, the agency had to cough up a trove of internal documents on the matter after a successful lawsuit by the Public Employees for Environmental Responsibility. The documents showed that top agency officials found serious “limitations” in the voluntary approach and expressed concern it might be “unlawful” for certain antibiotics.

They also suggested that the agency’s light hand in regulating antibiotics on farms, which it has been applying for decades, isn’t having much of an effect on drug companies or feedlot operators. “In the foot-thick stack of materials FDA surrendered there is not a shred of evidence that industry is working to phase-out injudicious use of these drugs,”  PEER Counsel Kathryn Douglass said in a press release.

And just this week, another group, the Government Accountability Project (GAP), sued FDA for not releasing industry data on just what antibiotics are being used, in what quantities, and on what animals. Here’s GAP:

Drug companies are required to report basic information about antibiotic sales to the FDA under the Animal Drug User Fee Act (ADUFA). Such information includes how much of each drug is sold; whether the drugs are formulated for use in feed, water, or by injection; and the animals for which each drug is approved. FDA publicly releases a limited summary of ADUFA data each year, but withholds almost all of what companies report.

GAP filed the suit after the FDA’s “failure to respond properly” to a Freedom of Information Act (FOIA) request for the information.

Meanwhile, the agency’s voluntary take on regulating antibiotics on farms is still reeling from a lawsuit filed in 2011 by the Natural Resources Defense Council and other groups. In three separate decisions in 2012—one in March, one in June, and one in August—a federal court ordered FDA to either ban the use of two kinds of antibiotics, penicillin and tetracyclines, or declare their use on farms safe. In other words, no more delaying or voluntary actions on these critical antibiotics.

In its March ruling, the court shattered the logic behind the FDA’s insistence on a voluntary approach to ramping down antibiotic. As NRDC attorney Avinash Kar points out, the FDA insists that an outright ban on routine antibiotic use would take years, because the industry would slow it down with endless appeals, etc. The court’s riposte: “if any credence is to be given to the Agency’s position that the drug industry intends to comply with the voluntary program, then it is unclear why the industry would contest formal withdrawal notices or require time consuming hearings.”

The FDA has actively avoided taking decisive action on farm antibiotic use since it first expressed concern about it in 1977.

In other words, if the industry is so ready to volunteer to stop overusing antibiotics, why would it fight a ban?  The court concluded that FDA’s voluntarist position is “ironic and arbitrary,” adding that  “had the Agency addressed the Petitions in a timely fashion, withdrawal proceedings could have been commenced and completed by now.” Ouch.

Well, the FDA has actively avoided taking decisive action on farm antibiotic use since it first expressed concern about it in 1977. So it should come as no surprise that the agency is appealing those verdicts. Like a kid shirking house chores, the strategy is delay, delay, delay.

But the agency is playing a losing game. If its legal appeals fail, the result will be humiliating—the agency will have been forced, kicking and screaming, to protect the public from antibiotic-resistant superbugs only through severe outside pressure: a demonstration that it doesn’t have the backbone to stand up to a powerful industry. And if it wins, the victory will likely be Pyrrhic: The problem will fester, just putting off a real reckoning and needlessly exposing the public to antibiotic-resistant pathogens and ruining the effectiveness of antibiotics in the process.

So the FDA ends 2012 with its reputation in tatters, its failures documented by Estabrook’s piece, its regulatory power steamrolled by Big Meat, and its timidity exposed by a federal court. Only one person can save it, and that’s President Obama. He can either stand aside as the FDA slinks deeper into its role as industry lapdog—or revive it as a force for the public good.

The first thing he can do is to is to finally implement the Food Safety Modernization Act, a law passed in 2011 and designed to give the FDA more power to prevent food-borne illness outbreaks before they happen. The Obama administration pushed hard for its passage, congratulated itself for its success—and then promptly let it languish, largely unimplemented, in the Office of Management and Budget. No one thinks the FSMA will solve all of FDA’s problems—it doesn’t change the fact that the agency is woefully underfunded and has far too few inspectors—but food safety advocates see it as a step in the right direction. It’s been on the shelf for nearly two years now—it’s time for Obama to implement it, and not in a watered-down way.

The second thing he can do is order FDA to stop dithering around with voluntary approaches and just ban routine use of antibiotics on farms. Results from a national poll in June suggest that the public would support it. Denmark, a major meat-producing nation, has done it. The US can, too.