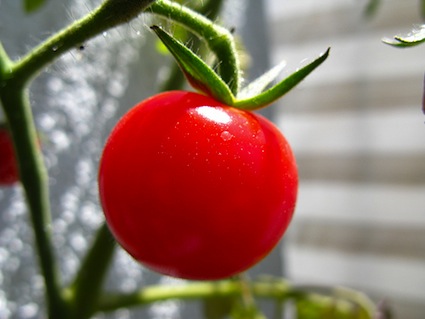 Remember that Stanford research meta-analysis purporting to show that organic food offers no real health advantages? (I poked some holes in it here). Buried in the study (I have a full copy but can’t post it for copyright reasons) is the finding that organic foods tend to have higher levels of phenols—compounds, naturally occurring in plants, widely believed to fight cancer and other degenerative diseases.

After the study’s release, one of the study’s authors, Dena Bravata, downplayed that result in a New York Times report :

While the difference [in total phenol levels between organic and conventional produce] was statistically significant, the size of the difference varied widely from study to study, and the data was based on the testing of small numbers of samples. “I interpret that result with caution,” Dr. Bravata said.

A paper published Feb. 20 in PLOS One highlighted the link between organic agriculture and phenols. A team of researchers compared total phenol content in organic and conventional tomatoes grown in nearby plots in Brazil. By cultivating the tomatoes in the same microclimate and in similar soil, the researchers were able to control for environmental factors that might otherwise affect nutrient content.

The result: Total phenolic content was 139 percent higher in the organic tomatoes than in the conventional at the time of harvest; and vitamin C content clocked in at 55 percent higher.

The authors hypothesize that the additional stress experienced by organic plants—having to fend off pests, scrounge harder for nutrients like nitrogen in soil, etc.—”resulted in oxidative stress and the accumulation of higher concentrations of soluble solids as sugars and other compounds contributing to fruit nutritional quality such as vitamin C and phenolic compounds.” In other words, when the plants suffer a bit, they generate more of these vital nutrients. And the same could be true for other phenol-rich fruits and vegetables.

There was a trade-off: the conventional tomatoes were significantly larger. But who wants big, tomatoes when smaller, more nutrient-dense ones are available? In my experience, smaller tomatoes, all things being equal, also tend to pack more flavor.

It’s important to note that this paper is just one data point within a complex topic; and the authors themselves note that more research is needed to understand the mechanism by which organic ag seems to boost phenol content. But as even the Stanford paper concedes, there does seem to be something to the connection.