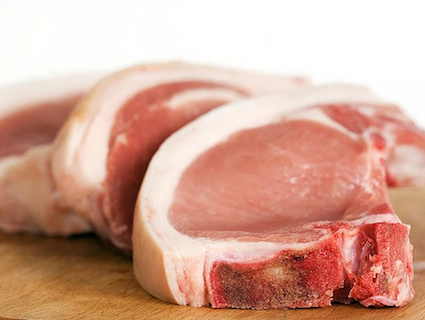 When the Chinese company Shuanghui International bought US pork giant Smithfield in May—a deal that’s still on hold pending US government review—I read it as another sign that China’s rulers are ready to more or less outsource the nation’s food supply as it emerges as the globe’s manufacturing powerhouse.

Since then, two more data points have crossed my desk. The most recent involves this blockbuster Bloomberg piece on China’s emerging coal/water dilemma. The nation’s manufacturing miracle has been largely powered by coal, source of 70 percent of its total energy consumption. And it intends to ramp up its coal-fired electricity massively—by 2020, Bloomberg notes, the Chinese government “plans to boost coal-fired power by twice the total [power] generating capacity of India.”

Americans should gape at the climate-warming implications of that plan, but not feel smug. As Bill Chameides, dean of Duke’s Nicholas School of the Environment, has noted, we benefit from China’s ravenous dirty-energy appetite through the massive influx of consumer products we receive from there—including the device I’m typing this on and the one you’re probably reading it on. (We also export coal to China.)

But  for China, water is the more immediate concern. Coal requires enormous amounts at both the mining and burning stages. Already, “coal industries and power stations use as much as 17 percent of China’s water,” Bloomberg reports. And it’s stressing the nation’s fragile water resources:

About half of China’s rivers have dried up since 1990 and those that remain are mostly contaminated. Without enough water, coal can’t be mined, new power stations can’t run and the economy can’t grow. At least 80 percent of the nation’s coal comes from regions where the United Nations says water supplies are either “stressed” or in “absolute scarcity.”

China has about 1,730 cubic meters of fresh water per person, close to the 1,700 cubic meter-level the UN deems “stressed.” The situation is worse in the north, where half China’s people, most of its coal and only 20 percent of its water are located.

As you might imagine, farming in a place where water is scarce, largely contaminated, and highly sought after by more lucrative industries is tough. Farmers “have to dig deeper and deeper wells to find clean water, or are forced out by local governments who see bigger economic gains from mining,” Bloomberg reports. Here’s an example:

In Zhanggaijie village, 90 minutes from Yulin city in Shaanxi, Li Qiaoling’s corn harvest slumped to 2 to 3 tons per mu (667 square meters) from 4 to 5 tons four years ago, she said. Li, 43, had to deepen her well to 60 meters from about 30 meters five years ago, she said. Now she waits with about 200 villagers for compensation and news from local officials on where they will be relocated after coal mining polluted the local water supply, said Li.

The second data point comes from another blockbuster piece, this one published in the New York Times last month, on a “sweeping plan to move 250 million rural residents into newly constructed towns and cities over the next dozen years.” Two-hundred-fifty million people pushed off of farms—that’s nearly equal to the entire population of the United States. The plan, reports the Times, is already “replacing small rural homes with high-rises, paving over vast swaths of farmland and drastically altering the lives of rural dwellers.” The bulk of farmers targeted by the plan are small-scale farmers, it should be noted. In a follow-up piece, the Times demonstrated that so far, Chinese government has not been able to keep promises of providing decent jobs for rural residents pushed off their land as part of the program.

Reading these accounts—prime farmland abandoned and paved, aquifers sucked dry, water tables fouled—it makes perfect sense that a government-controlled company like Shuanghui would make a play for Smithfield, the globe’s largest pork producer. Underlining these trends, the Financial Times reported in June that the China’s “shift towards a greater reliance on food imports could have profound implications for global food markets because China’s total demand for grains is vast relative to the size of globally traded markets.” It added that China’s demand for imported livestock feed grains will double by 2022, as will its beef imports. As for pork, the driving force of the Smithfield deal, the country is “expected to become the world’s leading consumer of pork on a per-capita basis, surpassing the European Union by 2022.”

If the deal goes through, don’t be surprised if Smithfield scales up its already-vast pork operations in Iowa and North Carolina to crank out more pork to export to China—and inspires the rest of the US meat industry to follow suit.