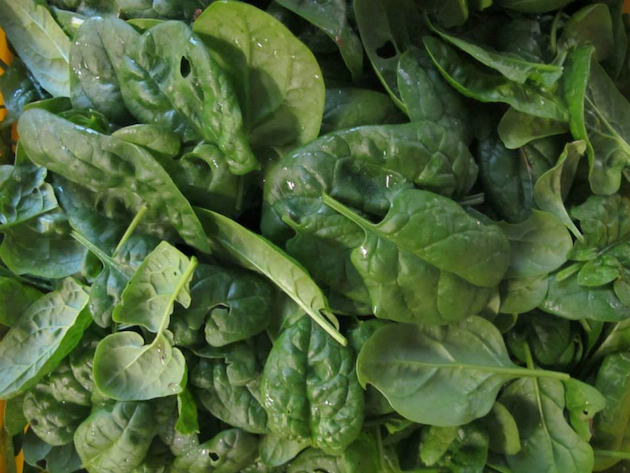 When President Obama signed into law an overhaul of the nation’s food safety regime in early 2011, it was clear that the system needed a kick in the pants. Recent salmonella outbreaks involving a dizzying array of peanut products and a half billion eggs had revealed a dysfunctional, porous regulatory environment for the nation’s increasingly concentrated food system.

The law, known as the Food Safety Modernization Act (FSMA), was a pretty modest piece of work when it came to reining in massive operations that can sicken thousands nationwide with a single day’s output. No surprise, since Big Food’s main lobbying group, the Grocery Manufacturers Association, notes on its web site that “GMA worked closely with legislators to craft the FDA Food Safety Modernization Act and will work closely with the FDA to develop rules and guidance to implement the provisions of this new law.” (Food and Water Watch summarizes FSMA here; Elanor Starmer lists some of its limitations here.)

Even for many supporters of food safety reform, one persistent question has long been whether the new rules would steamroll small and midsize farms. Obviously, what would be a light burden for a multinational giant like, say, Kraft Foods, could be a crushing one for a farm that sells its produce at a farmers market. To allay fears of one-size-fits-all regulations—which swirled in sometimes-wildly paranoid forms during the FSMA debate—Congress exempted most operations with sales of less than $500,000 from most of its requirements. But the proof of is in the rule-making—the process by which federal agencies, in this case the Food and Drug Administration, translate Congressional legislation into enforceable law. Congress intended its exemption to save small farms from overly burdensome regulation, but the question remained: How would the FDA put it into action?

Finally, more than two years after Obama signed FSMA, the FDA’s rule-making process appears to be nearing an end. And I’m disappointed to report that, according to decidedly nonparanoid, noncrazy observers, the proposed rules as currently written represent a significant and possibly devastating burden to small and midsize players.

The National Sustainable Agriculture Coalition (NSAC), a highly respected lobbying and watchdog outfit, has come out with a list of “Top 10 Problems with the Food and Drug Administration’s Proposed Food Safety Regulations for Farmers and Local Food Businesses.”

If you’ll excuse the gimmick, here are four foods that could go missing if the FDA sticks to the current version of its food-safety rules.

1. The local, organic carrots in your kid’s school lunch program. Many farm-to-school programs are facilitated by what the US Department of Agriculture calls food hubs—operations that gather produce from small farmers and sell it, usually to buyers like schools, restaurants, and retailers. The USDA actively promotes them as “strong and sound infrastructure support to producers across the country which will also help build a stronger regional food system.” The USDA lists more then 100 active food hubs nationwide.

The new rules imperil food hubs in two ways. The first is through the farms that supply them. The new law’s less-than-$500,000 exemption applies only to farms that sell more than half of their produce directly to consumers. But a growing number of small farms earn a significant amount of their income selling to third-party local enterprises like food hubs and food co-ops—and if revenue from those sources exceeds half of total revenue, these farms would lose their exemption and become subject to costly requirements. NSAC points to the FDA’s own economic analysis (see page 27) showing that more than 30,000 “small” and “very small” farms would be subject to regulation. The cost of compliance for these farms, USDA shows, will be 4 percent to 6 percent of total gross sales—enough to knock out half or more of a small operation’s profits, and turn an operation that’s scraping by into one that fails.

Then there’s the problem that the FDA’s proposed rules have not settled upon a definition of “very small business.” If such a definition isn’t spelled out, NSAC warns, operations like food hubs could be “regulated well beyond their risk and with compliance costs too high for them to stay in business.”

2. The kohlrabi in your farm-share box. You might be annoyed by the amount of kohlrabi (a grievously underrated vegetable) in your CSA, but probably don’t want it to disappear altogether. But because the current proposal doesn’t narrowly define “manufacturing facilities,” CSAs and other “direct farmer-to-consumer farms that do light processing activities or include produce from another farm in their boxes will be subject to inappropriate, excessive regulations designed for industrial food facilities,” NSAC states.

3. The pickles peddled by your favorite hipster farmer. Small value-added operations—like artisanal pickle and salsa makers—are also endangered by these hazy definitions. Indeed, the proposed rules “treat pickles like a dangerous substance,” NSAC reports. The FDA does not consider fermentation (pickling) or canning to to be “low-risk” activities, and thus operations that engage in them, no matter how small, will be subject to an onerous thing called the Preventative Control Rule—a set of requirements that make sense for a huge factory but not so much for the farm that produces your prized kimchi. The FDA claims such strictures are important because of the specter of botulism, which is indeed a deadly pathogen, but let’s remember that food-borne botulism cases remain vanishingly rare, and its incidence has not risen despite the recent artisanal pickle revival.

4. The local, organic spinach you’re hooked on. For me, perhaps the most galling aspect of the proposed FSMA rules involves compost and manure—the lifeblood of soil fertility on organic farms. Under the USDA’s organic standards for crops that come into contact with the soil, like greens, farmers can apply raw manure to soil as long as it’s at least four months prior to crop harvest. Most organic farmers I know apply manure in November and plant their first cash crops in April, harvesting some of them, like salad greens, soon after. That’s a five-to-six-month gap. The FDA’s new rules would push the limit for all farms to nine months, making the fertility programs that drive organic farming essentially illegal, and also directly contradicting the FSMA itself, which had stipulated that the new safety safety rules should not conflict with the National Organic Program, NSAC reports. In a recent national survey by the Organic Trade Association and the Washington State Department of Agriculture, 55 percent of respondents said the manure rule would prevent them from maintaining their current crop rotations and crop diversity, and another 45 percent said it would have a “moderate” effect on crop rotation and diversity.

The nation deserves a food safety regime that focuses on real threats while not imposing the same regulatory burden on, say, a CSA or a diversified vegetable farm as it does a giant peanut-paste factory. As Ariane Lotti, NSAC’s assistant policy director, told me, “If the proposed regulations are finalized without changes, they will unjustifiably create barriers to sustainable and organic farming, chill the growth in local and regional food systems, and further consolidate farming into the hands of the few who can afford to comply with expensive requirements.”

The FDA is accepting public comments on its proposed rules until November 15.