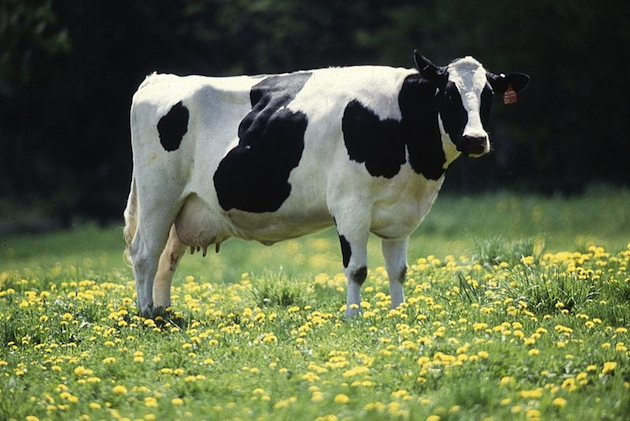 The long-simmering debate over whether organically grown food packs more nutritional punch than conventional has a new data point. In a recent study published in the peer-reviewed PLOS-One, a research team led by Washington State University’s Charles Benbrook found that organic milk delivers significantly healthier fats than its non-organic counterpart.

The team took samples of organic and non-organic whole milk taken from 14 commercial milk processors across the United States over the course of 18 months and analyzed their fat content. They found that organic milk delivered on average 62 percent more omega-3 fatty acids, and 25 percent fewer omega-6 fatty acids.

Both types are essential in the human diet, but a growing consensus holds that Americans on average don’t get enough omega-3s, which have been associated with protection against heart disease and stroke, potentially cancer, and autoimmune conditions like inflammatory bowel disease, lupus, and rheumatoid arthritis, according to Frank Sacks, a professor at Harvard’s School of Public Health. The science is more cloudy on our omega-6s, which are abundant in the vegetable oils that have grown popular in recent decades. Some scientists believe that Americans over-consume them; others, including Harvard’s Sacks, disagree.

Interestingly, in one region, organic and conventional milk samples showed similar, omega-3 rich fat profiles: northern California’s Humboldt County. There, the researchers say, “both types of dairy farms graze cattle for over 250 days per year.” The highest divergence in fat profiles between organic and conventional showed up in the Mid-Atlantic region, they report.

Another factor pointing to diet, and specifically grass, as the key: organic milk had 55 percent higher levels of the beneficial fatty acid CLA, or conjugated linoleic acid, in the pasture-rich summer months than in winter. For conventional milk cows, who tend to get little access to grass year-round, CLA levels clocked in only 12 percent higher in summer.

It’s important to note that Organic Valley, the farmer-owned organic dairy cooperative, donated $45,000 to fund the research, and Maged A. Latif, director of research and quality at Organic Valley, is one of the paper’s co-authors.

But the paper’s publication in PLOS-One, one of the nation’s premier refereed science journals, lends it credibility. And it has been well-received in fat-research circles, reports The New York Times.

Nor is it the first study to document fatty-acid advantages in organic milk. In this 2010 paper, UK researchers found similar differences in that country’s organic and conventional milk. (I wrote about it here.) As in the US study, access to pasture emerged as the driver of the nutritional difference.

The takeaway seems to be: milk from grass-fed cows seems to have more healthy fats then conventional milk. And for consumers, the organic label is a good shorthand way to find milk from cows eating the good stuff.