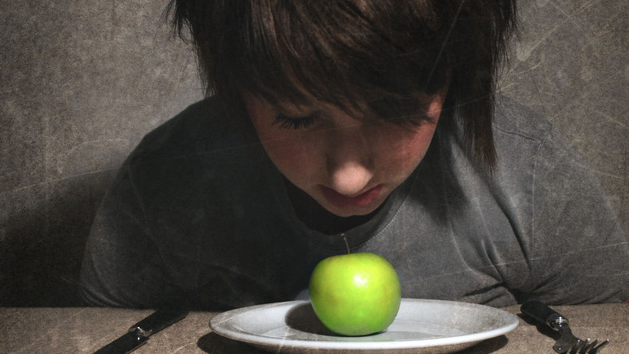 Facebook is a great place to catch up with your friends—or at least, the shiny, perfect versions of them. On Facebook, every day is a good hair day, and no one ever admits to staying home on weekends to eat cookie dough and watch Downtown Abbey reruns. All of this idealization might be dangerous to those at risk for eating disorders. A new study from researchers at Florida State University and published in the International Journal of Eating Disorders suggests that college women who use Facebook frequently are more likely to indicate disordered eating, and those who browsed the social network for just 20 minutes reported more body dissatisfaction than those who used the internet to research rainforest animals.

“Young people I work [with] say that overall, social-media platforms like Facebook have a negative impact on their body image,” says Claire Mysko, who heads youth outreach at the National Eating Disorders Association, which advises both Facebook and Tumblr on these issues. “This is largely due to the way that social media fuels comparison and the pressure to present a ‘perfect’ version of yourself.” (Their eating disorder hotline is: 1-800-931-2237)

In the first part of the study, 960 female college students, who received course credit for their participation, took a standard eating disorder test that asked them to agree or disagree with statements such as, “I give too much time and thought to food.” The survey also asked the women how much time they spent on Facebook. The researchers noted that there was “a small but significant positive correlation” between duration of Facebook use and disordered eating among this group.

In the second part of the study, 84 college women from the first study who said they used Facebook regularly—and represented a random cross-section of eating habits—were then asked to get on a computer. Part of the group spent 20 minutes surfing their Facebook accounts, as they normally would. The other part spent 20 minutes on Wikipedia researching the ocelot, a type of rainforest cat, and watching a YouTube video about them. Both groups of students were told not to browse other websites. After they were done, they were then given a second set of questions regarding their eating habits and Facebook use.

In this study, college women who reported a higher risk of disordered eating were also more likely to consider receiving comments and “likes” on their Facebook statuses important, more likely to untag themselves from Facebook photos, and more likely to compare their photos with those of their female friends, according to the survey. Most significantly, the women who looked at ocelots were more likely to report a decline in preoccupation with their weight after a short period of time, while those who used Facebook maintained their preoccupation. The results also showed that women who surfed Facebook maintained physical anxiety, while internet surfers reported a decrease in anxiety.

“That these effects could be discerned after only 20 minutes of typical Facebook use in a laboratory setting raises concerns about how the use of the site throughout the day may impact eating disorder risk,” the researchers concluded. They noted that their research did not address whether Facebook is any worse than say, using Twitter or reading Vogue, and suggested that further research be done. (Facebook could not be immediately reached for comment.)

This isn’t the first time that Facebook has been implicated with eating disorders—researchers from American University in Washington, DC, determined last year that girls who scan Facebook photos are more likely to report body dissatisfaction. (Those researchers could not distinguish, however, whether girls with eating disorders are more likely to look at photos.) And last year, The New Yorker reported on a study done by a University of Michigan psychologist that suggested that people who used Facebook were more likely to indicate that they were unhappy. Psychologist Samuel Gosling told the magazine, “It may be that the same thing people find attractive is what they ultimately find repelling.”