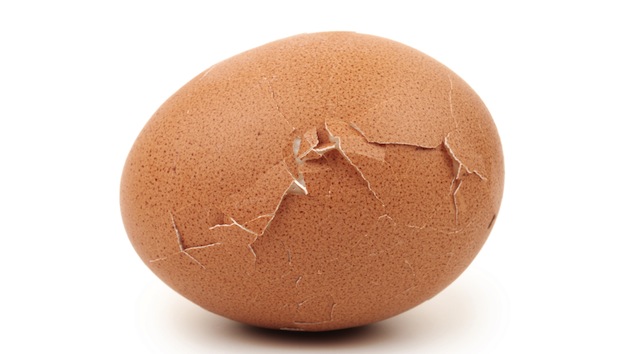 Remember the salmonella outbreak of 2010, the one that that sickened 2,000 people and led to the recall of more than a half-billion eggs?

A federal investigation has pulled the curtain back on the way the man at the center of the outbreak, Jack DeCoster, ran his massive egg empire. He and his son Peter DeCoster have pleaded guilty to the “distribution of adulterated eggs in interstate commerce,” resulting in the 2010 outbreak, the US Department of Justice reports.

And that’s not all. One of DeCoster’s companies, Quality Egg, also copped to attempting to bribe a USDA inspector, not once but twice in 2010, to allow it to send out eggs that didn’t meet the agency’s quality standards. The company also admitted to falsifying expiration dates on egg cartons “with the intent to mislead state regulators and retail egg customers regarding the true age of the eggs,” between 2006 and 2010.

Even before these revelations, the episode had revealed gaps in how the US regulatory system handles massive livestock operations. DeCoster’s own company-run tests had found salmonella in its facilities before the outbreak, but it continued churning out eggs. Shortly before the outbreak, US Department of Agriculture inspectors had noted  filthy conditions but didn’t act to halt them—they were there to inspect egg size, not cleanliness. The Food and Drug Administration, which does regulate food safety in large egg operations, filed a damning report on DeCoster’s facilities—but only after those half-billion suspect eggs had been trucked out to supermarkets nationwide.

And though DeCoster ran no corporate empire along the lines of Tyson or Smithfield Foods, his egg fiefdom was quite large. My reporting at the time established that the companies he controlled accounted for more then 10 percent of US laying hens—more than any other egg producer.

DeCoster pere et fils face prison sentences of up to one year; fines of $100,000 each; and a “term of supervised release after any imprisonment for up to one year,” the DOJ reports.

Thus, presumably, ends an illustrious career at the heights of industrial-scale agriculture. Previous highlights include:

• In 2002, one of DeCoster’s companies paid a $1.5 million settlement after women at one of his Iowa plants “alleged they were subjected to sexual harassment (including rape), abuse, and retaliation” by supervisory workers.

• In 2000 he got himself declared a “habitual offender” of Iowa’s manure management laws by the state’s attorney general.

• In 1996, Robert Reich, then the US labor secretary, slapped a $3.6 million fine on DeCoster’s Maine egg operation for labor violations. Reich denounced the company as ”an agricultural sweatshop” where the workers are treated like ”animals.”