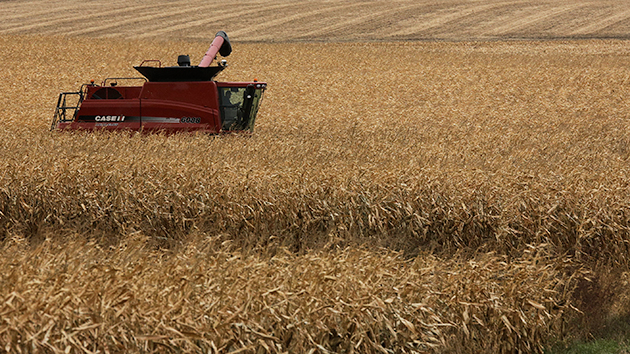 The ongoing drought in California has been, among other things, a powerful lesson in how vulnerable America’s agricultural sector is to climate change. Even if that drought wasn’t specifically caused by man-made global warming, scientists have little doubt that droughts and heat waves are going to get more frequent and severe in important crop-growing regions. In California, the cost in 2014 was staggering: $2.2 billion in losses and added expenses, plus 17,000 lost jobs, according to a UC-Davis study.

California is country’s hub for fruits, veggies, and nuts. But what about the commodity grains grown in the Midwest, where the US produces over half its corn and soy? That’s the subject of a new report by the climate research group headed by former New York Mayor Michael Bloomberg, former US Treasury Secretary Henry Paulson, and billionaire environmentalist Tom Steyer (who recently shut down rumors that he might run for Senate).

The report is all about climate impacts expected in the Midwest, and the big takeaway is that future generations have lots of very sweaty summers in store. One example: “The average Chicago resident is expected to experience more days over 95 degrees F by the century’s end than the average Texan does today.” The report also predicts that electricity prices will increase, with potential ramifications for the region’s manufacturing sector, and that beloved winter sports—ice fishing, anyone?—will become harder to do.

But some of the most troublesome findings are about agriculture. Some places will fare better than others; northern Minnesota, for example, could very well find itself benefiting from global warming. But overall, the report says, extreme heat, scarcer water resources, and weed and insect invasions will drive down corn and soybean yields by 11 to 69 percent by the century’s end. Note that these predictions assume no “significant adaptation,” so there’s an opportunity to soften the blow with solutions like better water management, switching to more heat-tolerant crops like sorghum, or the combination of genetic engineering and data technology now being pursued by Monsanto.

Here’s a map from the report showing which states’ farmers could benefit from climate change—and which ones will lose big time: 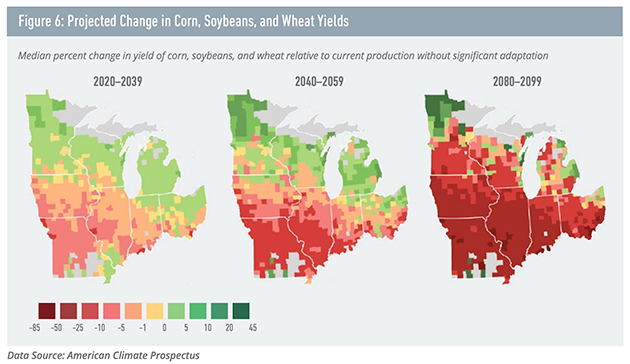