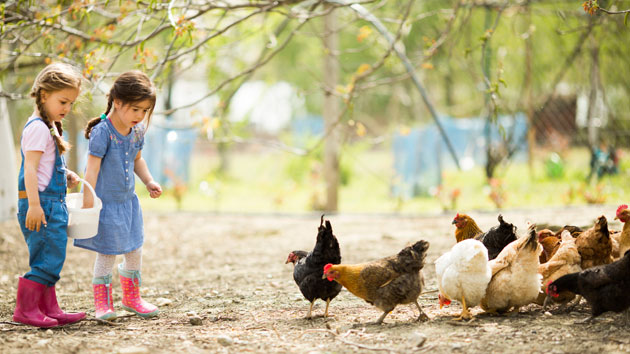 Every five years, the US government revisits its Dietary Guidelines—suggestions for how Americans should eat. The guidelines won’t legally require you to, say, eat an apple a day, but they do affect things like agricultural subsidies and public school lunches, so they’re fairly influential.

The National Cattleman’s Beef Association argued that the Advisory Committee “clearly does not have the background or expertise” to tackle issues of sustainability.

When the committee tasked with making scientific recommendations for the 2015 Dietary Guidelines released its report this year, it ruffled some feathers. For the first time it included concerns about the environmental issues linked to certain dietary patterns and agricultural practices—for example, how eating less meat and more plant-based foods is “more health promoting and is associated with a lesser environmental impact.” Or that assuring food security might rely on creating agricultural practices that “reduce environmental impacts and conserve resources.”

Some lobbyists and politicians, especially those who pad their pockets with cash from Big Food and Big Ag, weren’t too happy about these suggestions. As I’ve written in the past, the suggestion that plant-based diets might be healthier for people and the planet messes with the meat industry’s bottom line, so why would they back it? In letters sent to Secretary of Agriculture Tom Vilsack over the past few months, industry groups have tried to argue that sustainability issues do not fall within the scope of the Dietary Guidelines. One letter from the National Cattleman’s Beef Association argued that the advisory committee “clearly does not have the background or expertise to evaluate the complex relationship between food production and the dietary needs of a growing American and international population.”

The House Appropriations Committee on Agriculture, which accepted at least $1.4 million from the food industry in 2013 and 2014, apparently caved to these complaints. It recently stuck a rider in its 2016 Agricultural Appropriations bill that would A) explicitly prohibit the upcoming Dietary Guidelines from mentioning anything other than diet and nutrient intake, and B) force the guidelines to only rely on scientific evidence that has been rated “Grade 1: Strong” by the Department of Agriculture. Politico reported on Thursday that a similar Senate agriculture appropriations rider would force any advice in the Dietary Guidelines to be “solely nutritional and dietary in nature.”

In an unprecedented move, the Dietary Guidelines Advisory Committee has shot back with a letter of its own. Health and food systems should be more closely related in the government’s eyes, the committee argued. “Future food insecurity is predictable without attention to the safety, quality, cost, and sustainability of the food supply,” the letter stated, adding that “the US health and public health systems are burdened with preventable health problems.” In other words, to narrow the reach of the Dietary Guidelines is to ignore the connection between things like exercise and obesity, for instance, or agricultural pesticide use and disease. To read more of the DGAC’s arguments, see the full letter here.

Expect the finalized Dietary Guidelines late this year. In the meantime, it looks like the DGAC isn’t giving up the battle for a more holistic national framework for how people eat. They certainly have Food Politics author Marion Nestle on their side; as she summarizes on her blog:

[Members of the DGAC] were asked to review and consider the science of diet and health and did so. They reported what they believe the science says. Some segments of the food industry didn’t like the science so they are using the political system to fight back. That some members of Congress would go along with this is shameful.