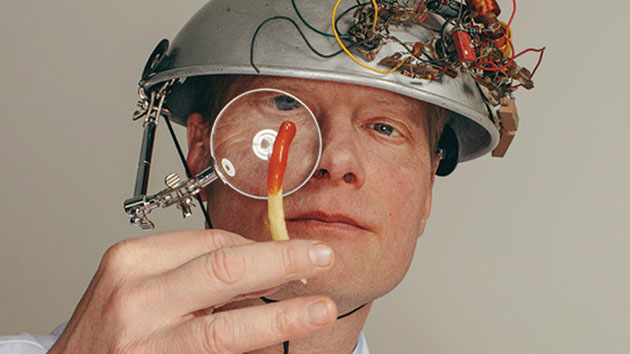 We’re excited to present another episode of Bite, our new food politics podcast. Listen to all of our episodes here, or by subscribing in iTunes, Stitcher, or via RSS.

Update, March 3, 2017: A group of researchers who reviewed several of Wansink’s studies and his writing alleged data inconsistencies and instances of self-plagiarism. We’re following the story here.

Trying to shed a few pounds? Forget the fad diets, says food psychologist Brian Wansink. Instead, he recommends following his scientifically proven advice: If you serve yourself dinner on a small plate instead of a big one, for example, you’ll end up eating less. People who keep fruit on their counters tend to weigh less than people who don’t. Red-wine drinkers are thinner than white-wine drinkers.

Wansink runs the Food and Brand Lab, a research center at Cornell University where he and his team have found all sorts of clever ways of tricking your brain into eating better—so you don’t have to count calories. As I learned while profiling him for Mother Jones last year, he’s not exactly your typical Ivy League professor. Wansink is a passionate libertarian—who also did a stint working for the US Department of Agriculture. While he can’t stand anything that smacks of food elitism—Taco Bell is one of his favorite restaurants, and he drinks six diet sodas a day—he earns grudging respect from foodie heroes like Mark Bittman and Marion Nestle.

Wansink is also incredibly prolific—he always has his hands in a new project. We wondered what he’d been up to lately, so we invited him back to be the guest of honor on the very first episode of our new food podcast, Bite.

He tells us how selling fruit door to door as a kid growing up in Iowa set him on his career path, and he explains why you might want to opt for a “scenic walk” instead of an “exercise walk.” He also catches us up on his latest research project, which involves Norwegian supermarket carts. 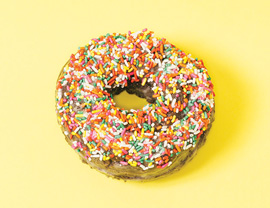 But wait, there’s more to the inaugural episode of Bite than just this fascinating character! You’ll also hear about a brand new lobbying group for makers of plant-based foods (like vegan tuna fish), and why you may want to rethink your recipe for green St. Patrick’s Day cupcakes.

We hope you enjoy! And please subscribe, because we’ll be back in two weeks with more savory insights.