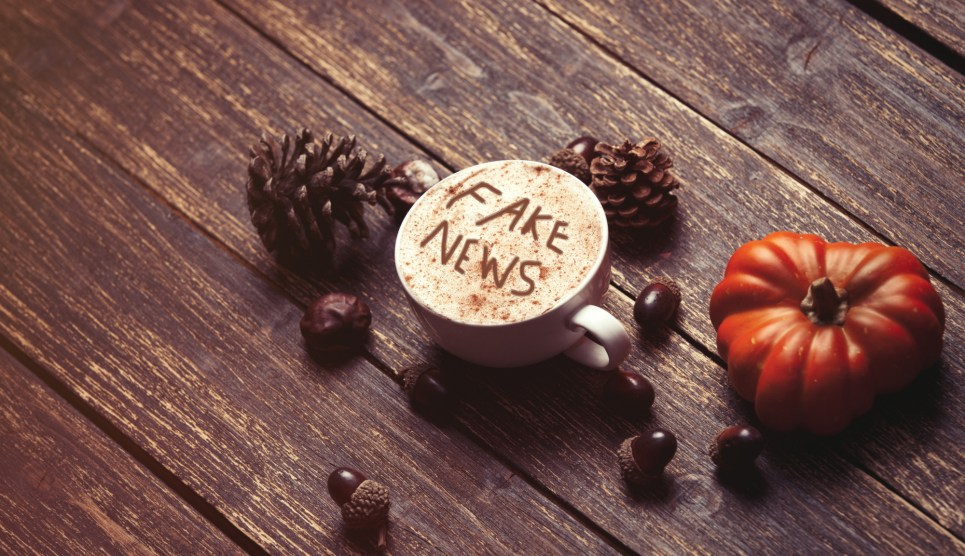 But again, pumpkin, the orange thing children carve for Halloween, is yuckity-yuck. So, it’s like, why, brah? You dig?

(Sidenote: Even if we accept that you like pumpkin flavor for some weird emotional reason like you lost your virginity in a pumpkin patch or something, why would you only enjoy it in the early autumn? Why not have pumpkin-spiced lattes and everything else all the seasons of the year?)

So, anyway, I’m on the internet one day, very bright, merry, and gay, when I, in my own roundabout way, say, pumpkin-spice is disgusting.

And it starts slowly at first. Bop.

Can people stop confusing pumpkin w pumpkin-spice? What are the spices? Cinnamon nutmeg clove. We need a rebrand on the name.

And then another bop. Bop bop.

Pumpkin spice is just a melange of spices – it has no pumpkin flavor. Liking pumpkin spiced things is akin to liking Cinnamon/Allspice mix

i've made pumpkin spice, at no point is any pumpkin involved

and then we’re bopped out of the darkness into the light.

I thought, I can’t think why, that Starbucks would never lie. But boppity goddamn bop. Pumpkin spice is not pumpkin flavor.

It’s just like cloves, cinnamon, ginger, and nutmeg. So, that sounds pretty good, I’m thinking! And not disgusting, I’m thinking! “I look forward to ordering one,” I say to myself outloud.

But, hold, stop, backtrack, buddy. This story isn’t over. That excitement in your belly? That thrill up your leg? That glint in your eye? Put a pin it it, my anti-pumpkin pumpkin-spice curious friend.

Notice the dateline on that news story.

The first rule of journalism is that time makes fake news of us all, and in doing the diligence that must be done this journalist found that the bop bop bops were false false false.

Fact check: No pants on fire.

From the dawn of time Starbucks lied (bad) about there being pumpkin (disgusting) in pumpkin-spiced lattes (potentially good) but then in 2014 the internet (bad, destroyer of things) forced Starbucks (liar) to tell the truth (good) and so Starbucks (bastard) instead of changing the name of the pumpkin-spiced latte to more honestly represent its actual ingredients (good?) changed the very nature of the “pumpkin-spice” recipe (contaminated and thus bad).

Have a nice day.