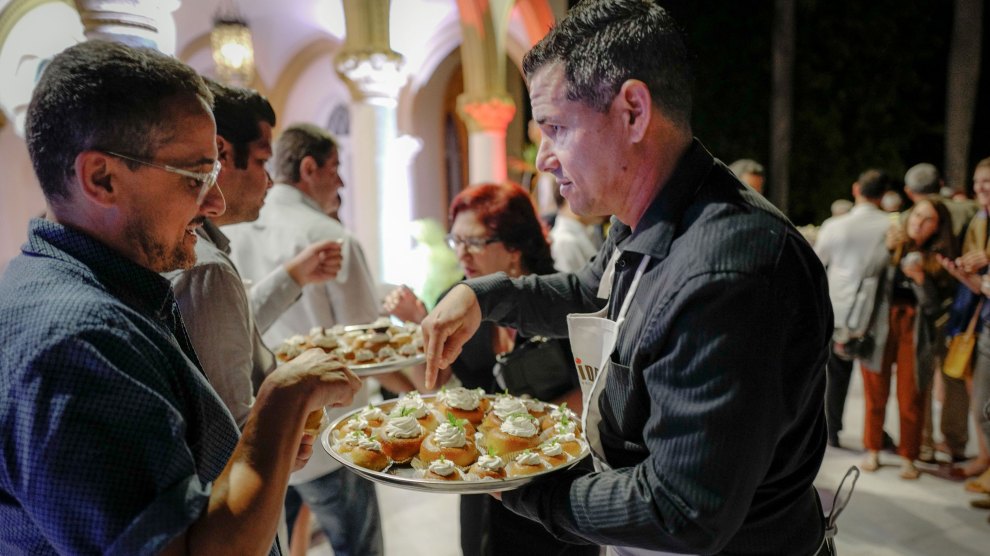 Thai coconut curries and lemongrass soups often include pungent notes of a bumpy, thick-skinned citrus fruit called the makrut lime. English-speakers usually refer to it as kaffir lime. But even as the ingredient gains popularity, turning up in everything from cocktail recipes to soap scents, that moniker may be on its way out. As Slate writer L.V. Anderson explained, while the origins of the term “kaffir lime” are still unclear, the word “kaffir” is wildly offensive in many parts of the world. One version of “kaffir” comes from the Arabic word for “infidel” and after South African white colonialists started using it to describe black Africans, it became a racial slur on par with the “n-word” in the United States.

Considering the word’s sordid past, the San Francisco Chronicle‘s new food critic Soleil Ho made sure to include it in her list of “Words You’ll Never See Me Use in Restaurant Reviews.” “There are so many other words” one can use instead, Ho explains. Ho joined Mother Jones’ Tom Philpott and North Carolina-based freelancer Victoria Bouloubasis on the latest episode of Bite.

Ho is part of a crowing crop of restaurant reviewers who are rethinking food criticism. Though perhaps once thought of as the Switzerland of the journalistic world, food writing is increasingly dealing with the bigger societal issues diners and food workers confront, from racism to labor to identity politics and environmental concerns. The way we describe food matters, Ho writes: “As a writer who aims to improve my political consciousness and empathy toward others, there is a lot of use in simply thinking about how my word choice can help or hinder that goal.”

“Ethnic” is another word that won’t appear in her stories. “The imprecision of the word—and the assumption that it doesn’t apply equally to people and cuisines associated with Europe or white America—gives me such a headache,” Ho writes. Bouloubasis says she used the term early in her career, but now it makes her cringe: “It doesn’t make much sense—ethnic to whom, or to what?”

“It doesn’t make much sense—ethnic to whom, or to what?”

In the past, it has often been assumed that the readers of food criticism have been white and upper middle-class or wealthy. And that’s exactly the assumption that this new wave of food critics wants to fight against. Everyone eats. “One of my great hopes with my own writing,” writes Ho, “is for it to better reflect and respect the way real people live in the world.”