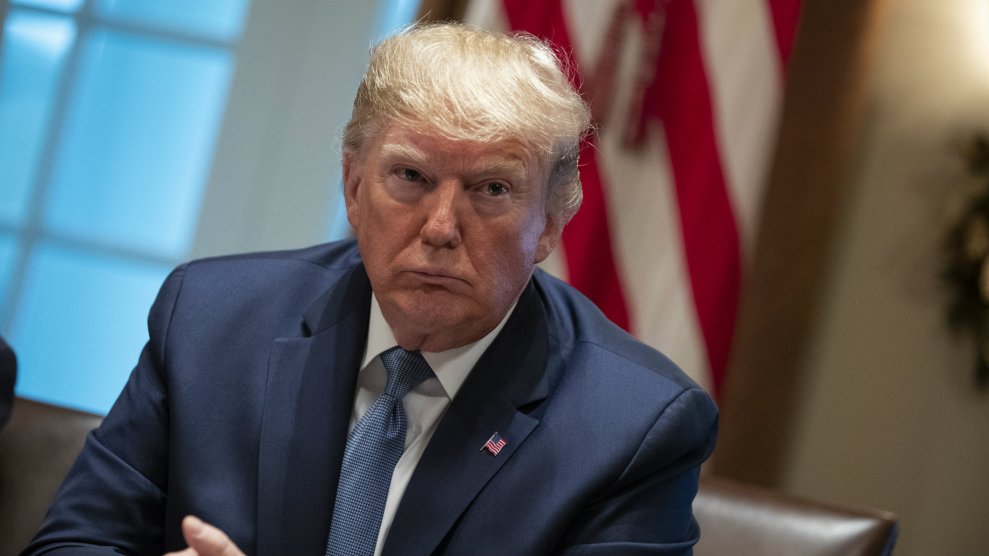 Last week, the Trump administration continued its assault on the Supplemental Nutritional Assistance Program, commonly known as food stamps, announcing that it would tighten work requirements for recipients. The Department of Agriculture estimates that hundreds of thousands of Americans will lose their benefits as a result of the rule, which will affect “able-bodied” adults without dependents.

“The Trump Administration issued a draconian rule in the Supplemental Nutrition Assistance Program that will cut off basic food assistance for nearly 700,000 of the nation’s poorest and most destitute people,” Robert Greenstein, the president and founder of the Center on Budget and Policy Priorities said in a statement.

There are already tough restrictions in place covering who can receive federal food assistance. In 1996, as part of President Bill Clinton’s sweeping welfare reform, then-Reps. John Kasich and Bob Ney, both Ohio Republicans, added a provision to the legislation limiting benefits for “able-bodied adults” between the ages of 18 and 49 with no dependents. After three months of assistance, these SNAP recipients must prove they are working at least 20 hours a week to continue receiving benefits. The measure, however, allowed the governors of states with high unemployment rates to request waivers from the three-month cutoff.

But the new Trump rule makes the criteria for requesting those waivers much stricter by, among other things, changing the type of data states can use to justify the waivers.

“These are folks who are already living on the edge,” says Lisa Hamler-Fugitt, the executive director of the Ohio Association of Foodbanks. She adds, “It is our national nutrition safety net and it serves 40 million Americans. I’ve never witnessed anything like this. It’s a deliberate attack.” Unsurprisingly, the rule will hit communities of color and people living in rural areas the hardest.

Despite conservative rhetoric, able-bodied adults without dependents who receive SNAP are some of the poorest Americans. According to the Center for Budget and Policy Priorities, their average income is 18 percent of the poverty line. Their average monthly SNAP benefits are approximately $165 a month. For many of them, because they are adults without children or other dependents, these are the only federal benefits they are eligible for.

Then there’s the problem of documenting seasonal and gig work. Many individuals who receive SNAP earn their incomes through a string of jobs in the gig economy, such as rideshare driving or one-day freelance projects. “It’s difficult to document that,” Hamler-Fugitt says. “Who’s supposed to certify that you’re working 20 hours?”

Though the rule is not supposed to affect people with disabilities, proving a disability can be an insurmountable task, requiring a SNAP recipient to have access to health care and a health care professional willing to do the paperwork.

Along with gutting a crucial benefit for the poor, the new Trump administration rule could also affect grocery stores in rural and other high-need areas where many customers use SNAP. “Grocery stores are not going to stay in those communities,” Hamler-Fugitt says. “That’s a quality-of-life issue for everyone.” She notes that food banks won’t be able to serve as a stand-in for federal food assistance. “Do not think for one minute that food banks and pantries can fill this gap.”

The Trump administration says the rule, which takes effect in April 2020, will save the government $5 billion over five years. Its effort to impose tougher work requirements on SNAP recipients rests on the old but persistent myth that receiving federal handouts discourages people from working. There is no evidence of that.

Reps. Rosa DeLauro (D-Conn.) Barbara Lee (D-Calif.), and Marcia Fudge (D-Ohio) have introduced legislation, the Protect SNAP Act, to block the Department of Agriculture from implementing the new rule. “President Trump is cutting off a vital lifeline and rigging SNAP against the very people who the program was created to help,” DeLauro said in a press release.

Some states have already begun tallying how many of their residents will lose benefits as a result of the new work requirements. In Oregon, 19,000 SNAP recipients could be affected. In election battleground states such as Ohio and Pennsylvania, 45,000 and 50,000 people, respectively, could be stripped of their food assistance. This administration, says Hamler-Fugitt says, “doesn’t give a damn.”