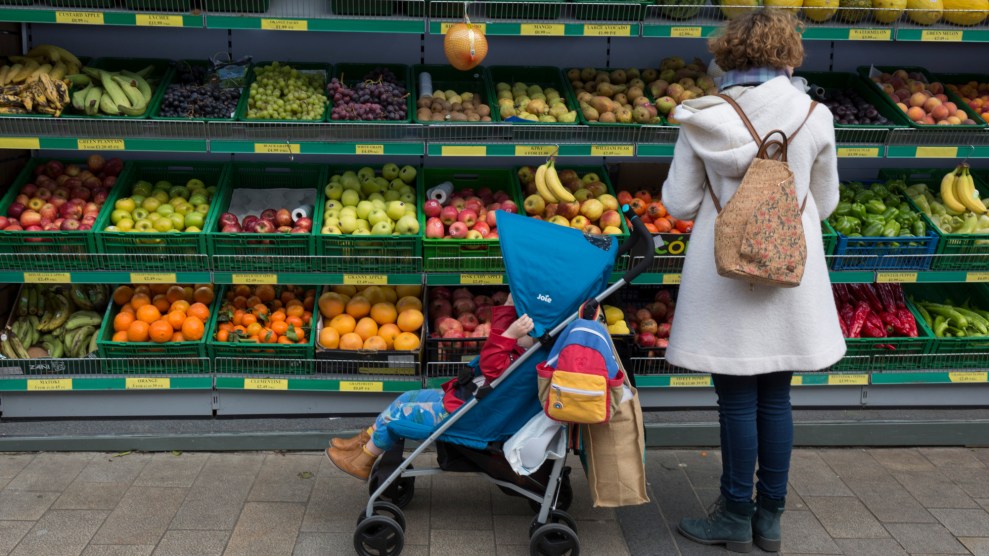 Across the country, fear and confusion about the Trump administration’s “public charge” rule has prompted immigrants and their families to drop out or stay out of public nutrition programs, even when they are eligible, according to immigrant and anti-hunger groups. Enrollment in the Special Supplemental Nutrition Program for Women, Infants, and Children (WIC) and school food programs has been affected, although they are not covered by the new rule, say the advocates.

“The rules and its previous leaked drafts have created chilling effects for populations not technically targeted by it,” said a report by the National Immigration Law Center. The report was based on interviews of service providers, such as lawyers, physicians and outreach workers, in 11 states from California to Texas and Florida. It estimated that as many as 26 million people would be “chilled” from health, nutrition and housing programs because of misinformation about the rule.

“The chilling effect goes beyond SNAP.”

Officials in New York City said a city-wide decline in WIC applications accelerated last year in neighborhoods with the highest number of non-citizens, reported news site AMNY. “This is a harmful rule … because it is sowing in confusion, it is creating fear,” said city Social Services Commissioner Steven Banks. In June 2019, the city said “many more eligible non-citizen New Yorkers are either withdrawing from or not enrolling in SNAP. The rate of decline for eligible non-citizens is double that of eligible citizens.”

The rule is directed toward a relatively small number of people: non-citizens in the United States who seek a green card, who want to extend their stay in the country, or who apply for a change of status. Their applications for residency or entry can be rejected if authorities decide they are likely to rely on federal support. In the past, that meant welfare or long-term institutional care. The Department of Homeland Security said the “public charge” test now includes use of the Supplemental Nutrition Assistance Program, most forms of Medicaid, and some housing assistance programs as well as cash welfare and Supplemental Security Income for more than 12 months in total in a 36-month period.

Nonetheless, the rule has affected a much larger group of people. “The chilling effect goes beyond SNAP,” said the anti-hunger Food Research and Action Center. “The rule has contributed to immigrant families forgoing nutrition assistance for which they are eligible.” Families are reluctant or refuse to seek benefits for children or relatives who are US citizens out of concern that more restrictive immigration rules will be issued or that legal use of nutrition programs will be viewed adversely by DHS.

The vast majority of non-citizen enrolled in SNAP are refugees, asylees and legal permanent residents, all of which are excluded from the “public charge” rule. “Likewise, US citizen children are not subject to DHS public charge determinations and the use of public benefits by a child or other family member cannot be considered against the applicant,” said FRAC.

The White House said the rule “will protect hardworking American taxpayers, safeguard welfare programs for truly needy Americans, reduce the federal deficit, and re-establish the fundamental legal principle that newcomers to our society should be financially self-reliant.”