Eating in the United States represents one of the world’s great bargains. We consume the most calories per capita and don’t spend much cash to do so. Food’s claim on disposable income has fallen, from 17 percent in 1960 to less than 10 percent in 2019.

Consider the wildly popular fast-food chicken sandwich. A typical one delivers 700 calories for about $4. But its once-abundant secret ingredient—the cheap labor that fuels our entire food system—is suddenly in short supply. Here’s why.

In December, C.H. Guenther & Sons, a commercial baking giant that supplies McDonald’s, posted a help-wanted ad. Requirements include: “Carry/load up to 50 pound bags at least 5 feet” 75 times per hour; “climb ladders”; and “tolerate working environment with…excessive heat, cold and rain.” Kicker: “Hours range from 8-12 hours, 5-7 days/week.” In October, Baking Business reported that the industry is in a “perpetual struggle” to find and keep workers, and American Institute of Baking trustee Jeff Dearduff declared that “staffing issues are the number one plague in the space.”

Workers harvesting crops like lettuce or tomatoes are paid by the pound. Under pressure to produce, they are almost 20 times more likely to die of heat stress than other US workers. More than half are immigrants, and President Trump’s border crackdown and Covid travel restrictions deepened a long-standing farmworker shortage. In a poll taken in June, 66 percent of farmers seeking workers reported having difficulty hiring enough of them, up from 30 percent the year before. 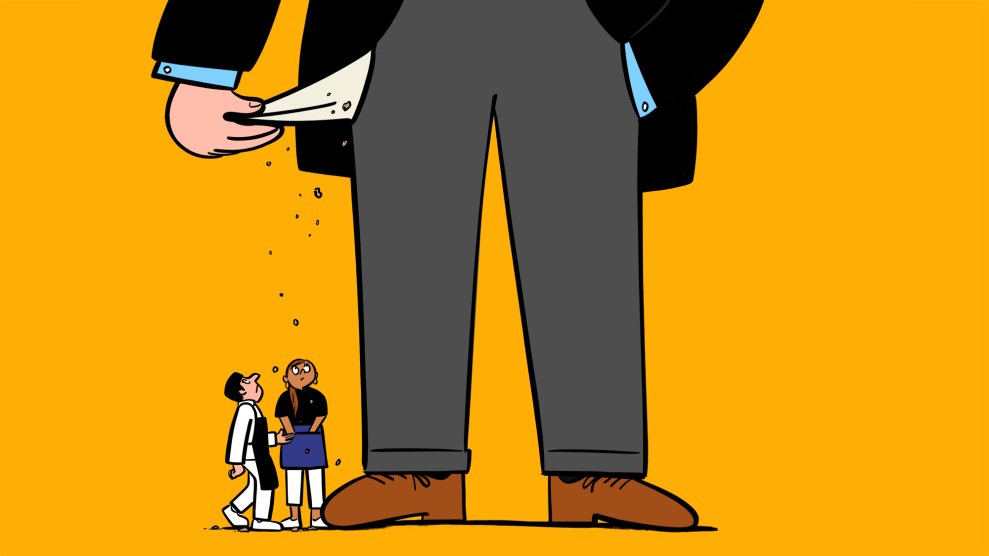 Every minute, as many as 175 bird carcasses whiz along factory lines while workers risk repetitive stress injuries to butcher them. Twice in the past two decades—in 2004 and 2019—Human Rights Watch issued detailed reports condemning working conditions in US meatpacking plants. Then came the pandemic. According to a congressional study that cited the deaths of hundreds of slaughterhouse employees, under Covid, “meatpacking companies prioritized profits and production over worker safety.” No wonder online postings for job vacancies are up 66 percent since 2020.

Once the domain of high school part-timers, today the fast-food industry is mostly staffed by adults. They often face injuries like burns and cuts, and sexual harassment of women is routine. A Los Angeles County Department of Public Health survey found that 69 percent of the region’s fast-food workers live in conditions particularly prone to spreading Covid. All of which explains why, on an October 27 call with investors, McDonald’s CEO Chris Kempczinski complained that “it’s just very challenging right now in the market to find the level of talent that you need.”