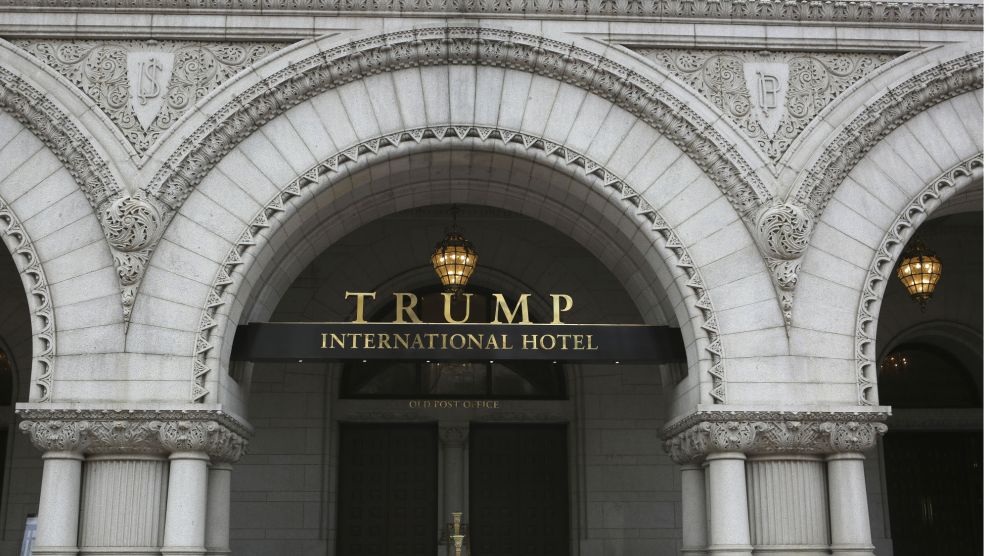 It’s the corruption, stupid. According to a new report, President Donald Trump said nearly two years ago that he wanted Marie Yovanovitch, the former US Ambassador to Ukraine, removed from her post.

ABC News reported Friday that it had obtained an audio recording of an “intimate” April 2018 dinner at Trump’s Washington hotel that included, among others, the president and Lev Parnas, the since-indicted associate of Rudy Giuliani. According to the news outlet, a voice that sounds like Trump states during the recording: “Get rid of her! Get her out tomorrow. I don’t care. Get her out tomorrow. Take her out. Okay? Do it.” Trump said this, according to ABC, after Parnas told him that Yovanovitch was a “problem” and was “basically walking around telling everybody, ‘Wait, he’s gonna get impeached. Just wait.’” It’s not clear exactly who Trump was instructing to “get rid of her.”

Efforts by Giuliani, assisted by Parnas, to remove Yovanovitch are a key part of the scheme that has resulted in Trump’s impeachment and his ongoing trial in the Senate. Giuliani has said he wanted Yovanovitch out because she was an obstacle to his effort to pressure Ukrainian President Volodymyr Zelensky to announce investigations that would help Trump politically.

The ABC report further belies Trump’s never-credible claim that he does not know Parnas. It also suggests that efforts to force out Yovanovitch were underway more than a year before her eventual removal from her post and before Zelensky’s May 2019 election.

But it also highlights something simpler: the extraordinary access and apparent influence on US policy Parnas and other big political donors have enjoyed under Trump. Parnas contributed about $100,000 to Trump’s presidential campaign and the GOP in late October 2016, the first of a series of major contributions that won him access to Trump and a slew of top Republicans.

The dinner at which Trump reportedly asked for Yovanovitch’s removal came 18 days before the recorded date of a $325,000 donation that Parnas and his partner, Igor Fruman, gave to a pro-Trump SuperPAC, America First Action. They made the contribution through a Delaware shell company, a step that drew federal scrutiny and resulted in the October 2019 indictment of Parnas and Fruman on campaign finance violations.

There is no dispute that Parnas’ campaign donations were the reason he was able to make his case personally to Trump. And while the precise motives behind Parnas’ desire to oust Yovanovitch remain unclear, it is striking that his campaign contributions enabled him to badmouth a US ambassador directly to the president and influence US policy toward Ukraine.

That this occurred in the for-profit hotel Trump continues to operate, in what critics charge is open defiance of the Constitution, makes it all the more striking—an especially pungent example of the stink with which the Trump presidency has infused Washington.