THE GREENING OF AMERICA….Over at Gristmill, Gar Lipow explains how we can reduce carbon emissions in the United States by 95%. Answer: it will take both regulation and carbon pricing:

Making the unrealistic assumption of zero technical breakthroughs in efficiency or renewable technology, the total cost of a complete transition to 95 percent (or better) emissions-free energy in the U.S. would be about $1.7 trillion annually….From a social standpoint, total paybacks would be $600 billion a year more than this, meaning in the 20th year, the economy would grow $600 billion more per year net than without such investments. 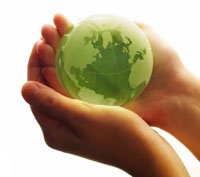 ….Because this post is about public investment and regulation, I concentrated mainly on this topic. But putting a price on emissions is not optional. To the extent public investment is more palatable than such pricing, it does allow it to be delayed. We can, if we have to, completely eliminate emissions in the building and power generation sectors without such pricing, eliminate most emissions in transportation, and a significant percent even in industry. But there is no way, except via an emissions price, to capture most possible savings in industry. There are just too many efficiency means we don’t know about in advance. Similarly, even in transport it is really hard to see how to reduce emissions in shipping and air travel without an auctioned permit system.

Without commenting on Lipow’s exact figures, I think this is exactly right. The scale of the task ahead is so huge that there’s no single approach that will do the job all by itself. Straightforward regulation and investment are often the most efficient way of getting things done if we already know what to do, while carbon pricing via cap-and-trade provides both an additional broad push in all these areas while also providing incentives to find new ways of doing things. Properly designed, it also provides a revenue stream to help pay for green improvements and to keep the cost of those improvements from hitting the poor at a disproportionate rate.

I haven’t gone through this myself, but if you’re curious about Lipow’s methodology, he’s posted all the details here in an Excel spreadsheet and invited comments. Head on over if you want to dive more deeply into the numbers.