WELCOME TO CALIFORNIA….I see in my morning paper that California cities are engaging in ever more sleight of hand to fund local improvements. Here’s a typical arrangement, concocted by John Kim, an advisor with a Los Angeles investment bank. Be sure to read closely:

Oxnard is one of Kim’s clients. In 2007, the city wanted to issue bonds to finance part of its $150-million street repaving project, using its share of state gas tax revenue to repay the debt. But the state Constitution says local governments can’t issue debt against that revenue. 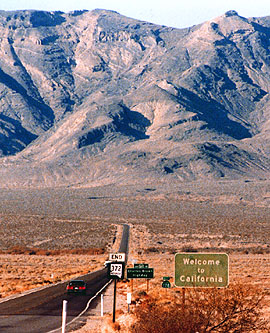 That’s where Kim came in. His plan: The Oxnard City Council would sell the streets to the Oxnard Finance Authority, which consists of the council and mayor. The Finance Authority would issue bonds to raise money for the improvements and repay the bondholders by selling the streets back to the city.

Where would the city get the money to buy the streets? From its gas tax revenue.

So: the left hand isn’t allowed to issue a bond, so it sells the streets to its right hand. The right hand issues a bond, then pays off the bond by selling the streets back to its left hand. Everyone’s happy!

Needless to say, this costs more than just issuing a standard bond in the first place, but California cities do it because they know voters won’t approve a normal bond issue. Welcome to fantasyland, aka the Golden State, in which voters over the years have convinced themselves that it’s possible to have lots of services, great roads, and wonderful schools without paying taxes. And to make it even worse, the taxes we’ve cut back most heavily on (property taxes and vehicle license fees) are the ones that are the steadiest sources of revenue in varying economic climates — unlike things like capital gains taxes and income taxes, which are highly sensitive to economic conditions. As a result, state revenues bounce around wildly when the economy goes up and down, and every few years we find ourselves in yet another crisis, each one worse than before.

This year’s, of course, is the mother of all crises, and we’re just about out of smoke and mirrors. 2009 promises to be a very, very un-fun year here.