YET MORE CAP AND TAX….A couple of days ago I mentioned that a generic carbon tax would raise the price of gasoline by only a little bit, and since gasoline use is pretty inelastic this means it wouldn’t reduce consumption much. 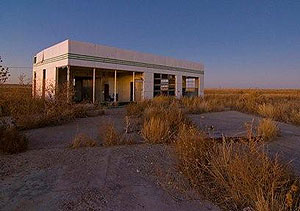 Because of this, we probably need more than just a carbon tax if we seriously want to cut gasoline use. David Roberts comments:

Kevin Drum grasps this basic problem, but for some reason the separate policy he favors is … a higher gas tax.

But if a price signal is blunted by low elasticity, is the best solution simply to jack up the price?….If we are so hell-bent on getting people out of inefficient vehicles — and we certainly should be — why don’t we take a more direct route? Why don’t we try to directly increase elasticity of demand by creating more low-carbon alternatives? Build the crap out of public transit. Buy gas guzzlers off the road through junker programs. Issue a new ruling that the government will only buy plug-in hybrid or electric vehicles. Raise CAFE standards to 60 mpg and pay the Big Three off with stimulus money (they’re probably going to get it anyway).

Just for the record, I pretty much agree. Price signals are important as a backbone policy (you can think of them as sort of like a tailwind that helps everything else along), and since gasoline use responds slowly to price hikes I think a mixed carbon trading/gas tax policy that raises the price of gasoline heavily is a good idea. Still, it’s absolutely true that you often need more than just a tailwind. If you want better gas mileage, you can get it way faster by increasing CAFE standards than you can by jacking up the price of gasoline. Getting rid of gas guzzlers is another good idea, and I’m also a fan of a revenue neutral feebate that’s based on gas mileage (you get a rebate when you buy a car with exceptionally good mileage and pay a fee on cars with exceptionally bad mileage). There are probably plenty of other good ideas out there too, many of which I haven’t even heard of.

Still, generally speaking, taxes and carbon trading are more efficient regulatory mechanisms than command and control, so the more you can rely on them the better. For that and other reasons, I remain in favor of trying to increase carbon prices fairly heavily, and gasoline prices even more heavily. It’s true that you have to do this carefully to avoid making the price hikes into a de facto regressive tax, but there are pretty good policy mechanisms available for achieving fairness. It’s time to get started.