BUY AMERICAN….Are we on the brink of a trade war? Or, if not a war, perhaps a trade squabble:

“You’re going to see a lot more rhetoric out of leaders against protectionism, but what really matters is their policies,” said Simon Johnson, former chief economist at the International Monetary Fund and a professor of economics at MIT….The European Commission is reinstating subsidies on some dairy products to protect its farmers, targeting an area of trade law that remains highly contentious, open to interpretation and potentially damaging to developing countries. Analysts are also bracing for nations to make excessive use of the legal tools now available to them to fight unfair trade, such as filing anti-dumping cases before the WTO.

….In the United States, a move to greatly expand Buy American provisions as part of the $819 billion fiscal stimulus package has generated shock waves in other countries, with Canadian and European officials in particular rising up in protest. 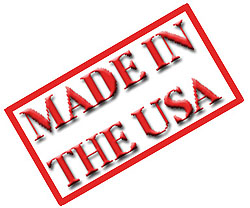 The provision, passed by the House on Wednesday, would mostly bar foreign steel and iron from the infrastructure projects laid out in the stimulus package. A Senate version still being considered goes further, requiring, with few exceptions, that all stimulus-funded projects use only American-made equipment and goods.

I have to confess that when I first heard of the Buy American provisions in the trade bill, my first thought was, “Well, what do you expect?” Politically, if you’re going to ask American taxpayers to pony up $800 billion to rescue the economy, then of course they’re going to want this money spend on American goods and services. And given the behavior of the Republican Party so far, if this provision were removed I think it’s safe to say that they’d scream blue murder at election time over every ton of Korean steel that ended up in an American bridge or sewer pipe. Their dedication to free trade, after all, has been pretty cynical over the past eight years.

But still, I guess I was a little too jaded about the whole thing. It may be a political problem, but jettisoning the Buy American language would be the right thing to do. A little bit of restraint on our part could buy us a lot of goodwill down the road and prevent a cascading series of similar measures from other countries. It’s worth being a grownup on this issue.