The Wall Street Journal reports that FASB will vote soon on a proposal to loosen rules that force banks to value toxic assets at market prices:

The Financial Accounting Standards Board is proposing significant changes to its mark-to-market rules, allowing banks to set their own values for certain hard-to-value troubled mortgages, corporate loans and consumer loans. The new proposal, called FAS 157-e, is scheduled for a vote this Thursday. 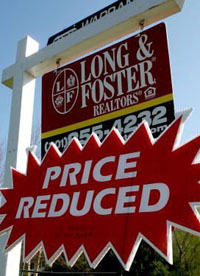 The change was meant to assist U.S. banks after bankers complained current mark-to-market accounting rules forced them to undervalue their assets, by setting prices at deeply discounted, fire-sale values.

This is a complex issue, and it’s true that mark-to-market can cause problems during financial panics as firms all start selling assets at once to cover losses, which in turn produces a spiral of plummeting prices, leading to losses, leading to more selling, leading to lower prices.  Rinse and repeat.  Unfortunately, the alternatives are generally worse, allowing banks to value assets using models that can be tweaked so egregiously that they bear only the vaguest relation to reality.  That’s how IndyMac could claim it was “well capitalized” right up until the day it was taken over and shown to be a shell of its claimed self.

My tentative preference is to keep mark-to-market but soften its impact with a system of countercyclical regulatory forbearance.  The whole point of bank capital is to act as a cushion against losses, and in good times a bank might reasonably hold capital equal to, say, 8% of assets.  During a recession, as loans and other assets lose value, that capital is going to get eaten way, but then, that’s the whole point of having it in the first place.  So why force asset sales in order to maintain arbitrary capital ratios when capital erosion is entirely predictable during recessions?  Why not instead require higher capital ratios in good times (which would reduce leverage and slow down credit expansion) and lower capital ratios in bad times (which would reduce fire sales and encourage banks to expand credit)?

Because banks are so good at lying about the quality and value of their assets, we’re better off with a system that gives them as little leeway as possible when it comes to recognizing losses.  We’re should force them to face the music honestly, but then allow a certain amount of capital forbearance during economic downturns.  Mark-to-market isn’t appropriate for every asset, but it’s appropriate for most.  It should be watered down as little as possible.