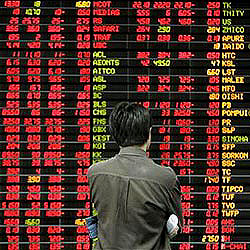 In an interview with Peter Baker, Bill Clinton says that although he regrets not regulating derivatives more strictly, he doesn’t think that repealing the Glass-Steagall Act and allowing commercial banks to merge with investment banks was a big cause of our financial meltdown:

On the Glass-Steagall, I’ve really thought about that because No. 1, nonbank banking was already a major part of American life at that time. Letting banks take investment positions I don’t think had much to do with this meltdown. And the more diversified institutions in general were better able to handle what happened….I believe if you look at the blurring of the lines which already existed before that bill was signed — the bill arguably gave us a framework, at least, for which this process, which was happening anyway, could be regulated. So I don’t think that’s such a good criticism.

I think actually, if you want to make a criticism on that, it would be an indirect one; you could say that the signing of that legislation sped up what was happening anyway and maybe led some of these institutions to be bigger than they otherwise would have been and the very bigness of some of these groups caused some of this problem because the bigger something is and the newer it is the harder it is to manage.

I think this is roughly right.  And frankly, even the “indirect” criticism that repeal of Glass-Steagall produced a glut of banks too big to fail seems a little hard to swallow.  After all, even if Citi and Bank of America had remained purely commercial banks they still would have been too big to fail.  Hell, Bear Stearns, a modest sized investment bank, was too big to fail.  In the event, I doubt very much that Glass-Steagall had much if anything to do with our banking disaster.

On the other hand, I’ve also been thinking a lot about the financial meltdown of the past two years and wondering how much of what we think we know is really true anyway.  Structured finance, for example, has gotten a lot of blame for the crisis, but Dean Baker argues persuasively 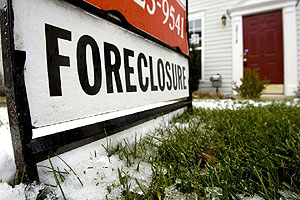 that derivatives and financial engineering didn’t really have much to do with it.  It was purely and simply the result of a housing bubble, and the size of the collapse and the ensuing recession are pretty much what years of academic research predicts given the size of the price runup.  You just don’t need anything more to explain it.

In a similar vein, Jim Hamilton has suggested that if you model the 2007-08 runup in oil prices you get pretty much the recession that we got.  And James Surowiecki points out that the IMF’s estimate of capital shortages in the American banking system isn’t actually as large as a lot of us have been thinking — and the market seems to agree.  Bank stocks have been rising since early March, and after the stress test results were announced banks started raising startling amounts of private capital almost immediately.

What else?  John Hempton has argued that the FDIC’s takeover of Washington Mutual, which was responsible for at least part of the flight of private capital from the banking sector, was an act of unwarranted panic.  Recent events suggest he was right.  Likewise, it turns out in retrospect that the collapse of Lehman Brothers wasn’t quite the catastrophe we thought it was at the time.  Rather, it was panic in the wholesale funding markets caused by Reserve Prime breaking the buck — an event related to the Lehman collapse but by no means the same thing.

None of this is to downplay what happened.  Fannie and Freddie and Bear and Lehman and AIG really did all collapse.  The Fed really was forced to intervene in financial markets in unprecedented ways.  The banking system really did require a lot of recapitalization.  Exports really have dropped like a stone.  The global economy really is shrinking for the first time since the Depression and trade imbalances remain stubbornly high.

But here’s the weird thing.  We’re at a point where one of two things will happen.  Either we’re close to bottoming out, as many people seem to think, which will mean that the pessimists weren’t really right.  The biggest asset bubble in the past half century will have caused a bad recession but nothing worse.  Alternatively, the pessimists are right and this is just a short breather.  The worst is yet to come as home loans continue to reset, trade balances stay out of whack, consumption remains sluggish, and the world economy remains sensitive to further disasters — disasters that are almost certain to come sooner or later.

So what’s my point?  I’m rambling and I might not even have one.  Except for this: I’m not sure that even the people who have been right about all this stuff have been right.  I’m not sure that anyone has been right.  Something doesn’t add up, and I can’t quite figure out what it is.  But who knows?  Maybe I’m just doing the equivalent of adding in decimal when I should be adding in octal.  Or something.  All I can say is, things haven’t unfolded the way I’ve expected — or the way a lot of other people have expected — and I’m not sure what that means.  Either the worst has been averted or the worst is yet to come.  You can vote in comments.