OK, I’m curious about something.  Let me lay out the issue and then solicit some opinions.

The Los Angeles Times has been running a series of pieces this week that basically declare war on the LA Unified School District.  Now, I don’t live in Los Angeles and don’t have a dog in this fight, but from everything I’ve heard LAUSD is so monumentally 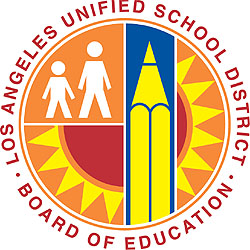 dysfunctional that they probably deserve whatever they’re getting.  So to be clear up front: I don’t have any special problem with the Times dedicating lots of space to beating up on the district.

Today’s piece, though, is about teachers and aides accused of sexually molesting students.  This is, obviously, incendiary stuff.  And the Times subhead makes the point of today’s article crystal clear: “L.A. Unified has failed to follow up on complaints once police or prosecutors dropped criminal actions, leaving students vulnerable to molesters.”

Is this true?  Are LAUSD student vulnerable to molesters?  Maybe.  Unfortunately, the story was so poorly written that I literally had to print it out and start circling names and dates to figure out what their evidence was.  When I finished, here’s what I had: Over a period from 1995 to 2005 the district, which employs around 50,000 teachers, apparently had three cases in which teachers or aides were (a) accused of molestation, (b) cleared, (c) put back in the classroom, and (d) later convicted of a subsequent molestation.  In addition, there was one more case in which an aide acquitted of molestation charges was briefly put back in a classroom but later fired.

In 2006 the district “tightened its policies” on allowing accused molesters back in the classroom, but then it happened again.  Police told district officials in 2007 that they had “found evidence” of a possible sexual relationship between an assistant principal named Steve Thomas Rooney and a student, but no charges were ever filed.  Rooney returned to work and a year later was arrested for allegedly kidnapping and sexually assaulting a 13-year-old girl.  The case is pending.

This is horrific stuff, and there’s not much question that the district screwed up badly in the Rooney case.  But there are still a few things I’d like to know:

• How does four or five cases over a decade compare to other school districts?  It actually sounds like a pretty low rate of recidivism to me.

• Exactly what are the district’s policies in cases like this?  Amazingly, the article never bothers to say.

• Given that not all charges are true, and that teachers cleared of charges deserve to be treated as innocent, exactly what is it that critics think needs to be done?  Amazingly, the article never really bothers to dive into this either.  Should the district conduct its own investigations if the police come up empty-handed?  Maybe.  That gets a few sentences in the story.  There’s also a vague suggestion that if a teacher cleared of charges is transferred, the principal at the new school should be notified of….something.  It’s never entirely clear what.  (“Past misconduct,” the article says at the end, but if no charges are filed, or if a teacher is acquitted, there is no past misconduct.)

Considering that this is perhaps the most inflammatory charge that could possibly be leveled at LAUSD, shouldn’t the Times address some of these issues instead of just recapping five cases from the past decade?  Shouldn’t its readers be given some idea of how pervasive this problem really is?  Of how often molestation charges are brought?  Of how many innocent people have been falsely charged in addition to the possibly guilty ones who got off?  Of what, if anything, needs to be done about it?  Of how other districts handle this?

Seems that way to me.  But then again, I’m not a parent and maybe I’m not reacting as strongly as I should.  Maybe just publicizing the problem is a worthwhile public service.  Maybe.  Read the article and tell me.