Barack Obama says he’s frustrated that it’s so hard to get across his healthcare reform message.  Ezra Klein doesn’t think selling it is the problem:

The lived experience of most Americans is that health care is too expensive, but not so bad. Similarly, it’s that Europe might do a bit better than us on some things and quite a bit worse on others, but they’re not very far ahead on anything. And the Veteran’s Administration is terrible — didn’t you hear about Walter Reed (which most people don’t realize is an army, not VA, hospital)? 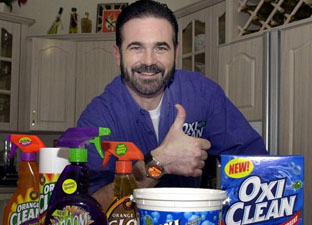 As near as I can tell I’m practically alone on this, but I think this is absolutely wrong.  It’s not that congressional process isn’t important.  Of course it is.  This is congressional legislation, after all.

But underneath that, it’s all about how it’s sold.  Everything has to have a constituency if it’s going to get passed.  For ag subsidies it’s farmers.  For lax financial regulation, it’s banks.  For tax cuts it’s rich people.

For healthcare it’s…..I dunno.  Who?  But that’s the point.  Everyone has been so hung up on congressional process that they seem to have forgotten that Congress responds to the public.  If constituents are mad as hell that their healthcare isn’t as good as France’s, they’ll flood congressional offices with phone calls.  But if they think America has the best healthcare in the world, while the rest of the world is a socialist dystopia of ramshackle hospitals, yearlong waits for hip replacements, and harried doctors who can’t see you for months and treat you like a postal customer when you finally get in — well, who’s going to get pissed off about the occasional scuffle with their insurance company?  And if the public isn’t worked up, then Congress won’t get worked up either.

You don’t have to lie to accomplish this.  But you do have to sell, the same way any salesman anywhere sells stuff.  That means understanding your audience, figuring out what they’re afraid of, promising them something that will make them better off, overcoming their objections, and then convincing them that they have to call now to take advantage of this one-time offer!  Every pitchman on late night TV understands this.  Why don’t we?