I was browsing through the testimony of DNI Dennis Blair to the Senate Intelligence Committee last April and came across a question about the Afghan insurgency. 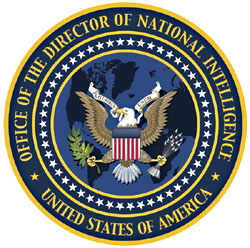 Specifically, how big would the Afghan army need to be to extend security throughout the country, and how much would it cost?  Here’s the answer:

Answer: (U) The most recent edition of the U.S. Army Counterinsurgency Handbook suggests a ratio of 25 counterinsurgents to every 1,000 residents within an area of operations. The CIA World Factbook puts the 2009 estimated population of Afghanistan at 32,738,376.  Using this ratio leads to a need for roughly 818,000 security personnel to secure Afghanistan. However, most of the insurgents are in Pashtun areas of Afghanistan, and Pashtuns make up approximately 40% of the population — about 13 million.  Applying the 25-per-1,000 ratio to the Pashtun population equals roughly 325,000 security forces to extend security through the Pashtun areas.

(U) The Afghan defense operating budget (taken from the Afghanistan National Yearly Budget Report) for the Fiscal Year 2008 was projected at $242 million dollars.  Since there are currently 83,094 soldiers in the Army, we assume that this amount of $242 million equates to $2,912 dollars per soldier.  If the ANA were to increase the number of soldiers to 325,000, then Afghanistan would need to budget $946 million dollars per annum….

Really?  That’s it?  I realize this is the unclassified version of his testimony.  I also realize that counterinsurgency is mostly the Pentagon’s bailiwick, not the intelligence community’s.  Still.  This is the level of analysis that a blogger might provide with about five minutes of googling.  Does the Senate really accept testimony this shallow from the DNI?  Is there really, literally, nothing more sophisticated they can offer up for unclassified public consumption?

Steven Aftergood adds that “some of the DNI’s statements are surprisingly flimsy.”  For example, Blair claims that Russia prepared for a military exercise to disrupt U.S. satellites:

It turns out that the DNI’s statement was simply lifted, almost word for word, from a news story that appeared in the Russian newspaper Nezavisimaya Gazeta on May 14, 2003.  (It was also picked up by the online Newsmax.com on May 18, 2003.)  The Russian story lazily attributed its claim regarding the anti-satellite exercise to “certain reports.” The DNI repeated the Nezavisimaya Gazeta item nearly verbatim, presenting it as an established fact, with no attribution at all.

In fairness, there were some interesting bits and pieces in Blair’s testimony, too.  Still, even in an unclassified setting the intelligence community owes the American public better than this.