James Fallows on the healthcare “debate”:

Nearly fifteen years ago, after the collapse of the Clinton health-reform effort, I spent a lot of time working on an Atlantic article (and subsequent book chapter) about how, exactly, the discussion of the bill had become so unmoored from reality and finally determined by slogans, stereotypes, and flat-out lies.

It’s better to do that after the fact than not to do it at all….But if there’s a chance, it would obviously be better still to keep the current debate from ending up in the same intellectual/political swamp in which the previous one drowned.

By all means, let’s document it now, in real time.  Let’s start with the “Dems want to kill granny” meme.  Its starting point is clear, I think: 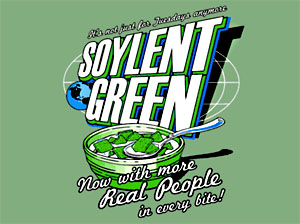 July 16, 2009, when Betsy McCaughey went on Fred Thompson’s radio show and said, “Congress would make it mandatory — absolutely require — that every five years people in Medicare have a required counseling session that will tell them how to end their life sooner….All to do what’s in society’s best interest or in your family’s best interest and cut your life short.”

From there it entered chain email hell and took on a life of its own.  But when did it hit the mainstream and become an acceptable topic of soberminded, bien-pensant he-said/she-said journalism?  I’d date that to August 8, 2009, when Charles Lane wrote in the Washington Post that although the right-wing agit-prop is “rubbish” — nicely establishing his non-wacko credentials — he’s pained to say that after a careful reading of the House healthcare bill, supporters of Section 1233 might have some ‘splainin to do after all:

I think they protest too much: If it’s all about obviating suffering, emotional or physical, what’s it doing in a measure to “bend the curve” on health-care costs?….Indeed, the measure would have an interested party — the government — recruit doctors to sell the elderly on living wills, hospice care and their associated providers, professions and organizations. You don’t have to be a right-wing wacko to question that approach.

Indeed not!  Not anymore, anyway. Tout Washington now has license to talk earnestly about this as if it were actually a sensible topic of conversation.  Thanks, Charles!