Gregory Clark says that although unskilled laborers have done relatively well for the past two centuries, that’s about to change:

The economic problems of the future will not be about growth but about something more nettlesome: 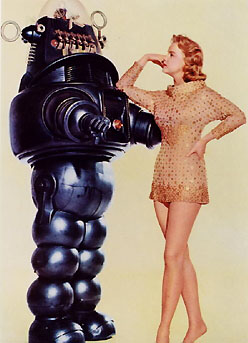 the ineluctable increase in the number of people with no marketable skills, and technology’s role not as the antidote to social conflict, but as its instigator.

….[In] recent decades, when average U.S. incomes roughly doubled, there has been little gain in the real earnings of the unskilled. And, more darkly, computer advances suggest these redoubts of human skill will sooner or later fall to machines. We may have already reached the historical peak in the earning power of low-skilled workers, and may look back on the mid-20th century as the great era of the common man.

I recently carried out a complicated phone transaction with United Airlines but never once spoke to a human; my mechanical interlocutor seemed no less capable than the Indian call-center operatives it replaced. Outsourcing to India and China may be only a brief historical interlude before the great outsourcing yet to come — to machines. And as machines expand their domain, basic wages could easily fall so low that families cannot support themselves without public assistance.

With the march of technology, the size of a future American underclass dependent on public support for part of its livelihood is hard to predict: 10 million, 20 million, 100 million? We could imagine cities where entire neighborhoods are populated by people on state support.

Of course, this is roughly the argument people made in the 19th century too: if machines can spin cotton and mine coal and harvest crops, what’s left for unskilled laborers to do?  The answer, of course, turned out to be: something else.  Productivity increased so dramatically during the Industrial Revolution, and with it the quantity of goods produced, that everyone stayed employed even though population increased and the labor content of most commodities went down.  The nature of the work changed, but 10% of a thousand, it turned out, kept as many people employed as 50% of two hundred.

So is Clark just engaged in neo-Ludditeism?  Maybe.  But there really does seem to a fundamental difference between machines that take the place of muscle power and machines that take the place of brain power — though it’s hard to say for sure since we haven’t really seen what computers can do yet.  Probably a lot more than most people think, though.  Clark’s IVR transaction with United Airlines may seem trivial — an example of automated phone hell, in fact — but Thomas Newcomen’s atmospheric engine seemed barely worth the trouble too at the time.

The only reason the Industrial Revolution didn’t put millions of people out of work is that it created lots of new jobs that required just enough human judgment that they couldn’t be done by machine.  But once computers can provide that judgment, then what’s left?  According to Clark, high taxes on everyone else.  Don’t anyone tell Newt Gingrich.