Should Democrats have foreseen the pushback against Medicare funding of advance care counseling and struck it from the House bill before it ever saw the light of day?  A couple of weeks I argued no.  After all, if conservatives hadn’t gone crazy over that, they just would have found something else to go crazy over.

Now, I have to admit that the death panel frenzy we’ve been subjected to since then has shaken my confidence in this.  Maybe this was a uniquely vulnerable provision and we should have foreseen the reaction. 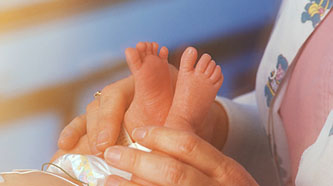 But no.  Amy Sullivan writes in Time this week about a completely different right-wing freakout over an even more innocuous provision in the bill: prenatal parenting counseling for expectant mothers.

Now conservative opponents of health reform have found a new threat: home nurse visits to low-income parents. “We are setting up a situation where Obama will be invading parent’s [sic] homes and taking away their children,” one columnist warned on RightWingNews.com. That something as harmless as home nurse visits has become a target of conservative ire is surprising because of its longstanding popularity with both Republican and Democratic lawmakers. But health reform advocates are scratching their heads at the attacks for another reason: funding for home nurse visits was largely included in health reform legislation to accommodate social conservatives.

….The home visitation provision in health reform legislation was modeled on a bill authored by Republican Senator Kit Bond of Missouri. Bond went through a parenting education program in Missouri when his son was born three decades ago and has been a fan of the idea ever since. “Being a parent is hard work,” he says, “and babies don’t come with directions.”….Home visits have been so popular with conservatives that the idea kept coming up during conversations White House aides hosted with pro-life advocates earlier this year in an effort to find common ground on abortion. And when Democratic Reps. Tim Ryan and Rosa DeLauro drafted the abortion reduction bill they introduced last month, they specifically included funding for home nurse visits as a way of accommodating pro-life preferences for policies that support women who decide to give birth instead of having abortions.

But has that stopped the lunatic fringe from attacking it as a secular plot to indoctrinate the mothers of America?  Nope.  It hasn’t gotten a ton of attention yet, but that’s only because the loonies have been obsessed with death panels instead.  If that weren’t in the bill, Sarah Palin would have dubbed the home nurse program as the Baby Brainwashing Brigades and everyone would be going nuts over that instead.

So I’m sticking to my guns.  It wouldn’t have mattered what was in the bill, just like it didn’t matter that we elected Obama instead of Hillary Clinton.  The loons would have found something crazy to scream about no matter what, and the media would have covered it.  That’s just the reality we have to deal with.