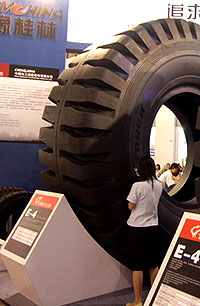 Dan Drezner is unhappy with the Obama administration’s decision to slap an import tariff on Chinese tires.  But he admits:

We trade enthusiasts are an excitable lot, however, what with everything leading to falling off cliffs, crossroads being reached, and red zones being breached.  Seven years ago, the allegedly free-trade Bush administration imposed steel tariffs that were found to be WTO-inconsistent.  There was a lot of gnashing of teeth and wailing, yet the world trade system proved to be pretty robust.  So maybe my trade compatriots are exaggerating things a wee bit, yes?  In all likelihood, won’t this be resolved via the WTO dispute settlement mechanism about 18 months from now?

Yeah, I was kind of wondering where the WTO was in all of this, too.  Now that China is a member, all this means is that they file a complaint, it grinds slowly through the gears of the trade dispute resolution process, and eventually they either get relief or they don’t.  All very civilized.

But Dan offers four reasons why this might be worse than it seems.  Click the link to see what he has to say.  In the end, though, his biggest concern is that unlike Bush’s steel tariffs, which were a one-shot deal, this might not be:

With the Obama administration, however, this feels like the tip of the iceberg.  Most of Obama’s core constituencies want greater levels of trade protection for one reason (improving labor standards) or another (protecting union jobs)….If I knew this was where the Obama administration would stop with this sort of nonsense, I’d feel a bit queasy but chalk it up to routine trade politics.  When I look at Obama’s base, however, quasiness starts turning into true nausea.

Well….I’m not so sure about this.  For starters, the steel tariffs weren’t a one-off.  Remember the bra wars?  And unlike the steel decision, that one was quite clearly aimed squarely at the Chinese.  And there was the softwood lumber tariff.  And a few others.  Ending with the almost comical Roquefort cheese duties.

None of which is meant to defend Obama’s decision one way or another.  But with advisors like Larry Summers and Austan Goolsbee on staff, I’d be pretty surprised if Obama has turned into some kind of tariff warrior.  Frankly, the tire decision looks to me like a fairly standard payoff to a core constituency, not something that suggests a long-term change in policy.  And just as with Bush’s tariffs, my guess is that a white hot Chinese reaction will be quite enough to turn him around even if he did have plans for a more protectionist trade policy.  (Note, for example, that this decision was announced late on Friday, the usual dumping ground for things that you’d just as soon not have to defend very vigorously.)  My guess: China will retaliate, the WTO’s gears will grind, and the whole thing will blow over.