A friend of mine from Virginia forwarded an email to me today from the NRCC.  It started like this:

After the spending spree the Democrats have gone on in 2009, you better believe there will be a backlash in 2010. As all Americans are tightening their belts to weather the Pelosi Recession, 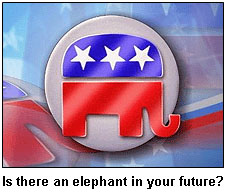 her Democrat puppets just voted to extend their credit limit. What they don’t realize is that their bills are past due and next fall, we’ll have the opportunity to collect by sending them home. Etc. etc.

I laughed it off, but he wasn’t having any:

Not to be too presumptuous, but you might want to share the fundraiser (or parts of it) with your readers because Democrats better get off their butts soon and start pushing back and getting a lot more energized or we are going to get our clocks cleaned in 2010.

The main reason Bob McDonnell won in Virginia last month was Democratic exhaustion. After the 2008 election, most Virginia Democrats were emotionally and financially exhausted. We were in such a stupor we foolishly (and quite lazily) allowed Creigh to get the nomination. I can’t tell you the number of usually-politically-plugged-in friends who were calling me a month before the election asking me who were the Democratic nominees for Lt. Governor and Attorney General.

We can’t afford for that to be the prevailing national mood among Democrats in 2010. There is way too much at stake and it’s time to rally the Democratic troops, left, right and moderate. We really cannot afford to allow the Republicans to seize control of either the House or the Senate but if we behave like Virginia Democrats just did, that will almost surely be the case.

Comments?  Is lefty obsession with the public option going to torpedo Dems in 2010?  Or will everyone manage to get energized in time for the midterms?  I live in California, where elections are almost all preordained, so it’s hard for me to judge.  What’s it like in the rest of the country?