The New York Times reports today on just how deliberate the Republican strategy of obstructionism has been:

Before the health care fight, before the economic stimulus package, before President Obama even took office, Senator Mitch McConnell, the Republican minority leader, had a strategy for his party: use his extensive knowledge of Senate procedure to slow things down, take advantage of the difficulties Democrats would have in governing and deny Democrats any Republican support on big legislation.

….For more than a year, he pleaded and cajoled to keep his caucus in line. He deployed poll data. He warned against the lure of the short-term attention to be gained by going bipartisan, and linked Republican gains in November to showing 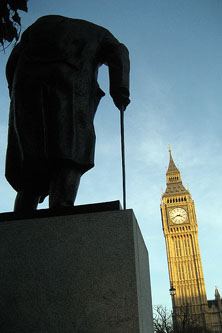 voters they could hold the line against big government.

Let me be clear about something: I am not blaming McConnell1….Electoral politics is a zero-sum competition. Most democracies have systems where the opposing parties work in open conflict to each other, and, contra David Brooks, this does not result in Hutu vs. Tutsi slaughter.

Yes, there was a long period in American politics where racial cleavages created a situation where the parties had little internal ideological cohesion, and as a result Washington developed a series of cultural norms discouraging the practice of cohesive parties maximizing their electoral self-interest. Over time, though, such social norms will never hold up. Ultimately, the parties are going to maximize their partisan self-interest as allowed under the rules. If you don’t like the result, you need to change the rules.

The next time Democrats find themselves in the minority, there’s going to be a lot of establishment pressure not to follow the McConnell model. Be bipartisan. Don’t obstruct. That would be terrible advice. I hope that Democrats would remember 2009-2010 well enough to favor a reform of the Senate to disallow holds, the filibuster, and other counter-majoritarian tactics. But if they can’t succeed in changing the rules, they should follow McConnell’s example, because he has shown the way to do it.

Italics mine. Changing the rules is the key. It’s true that most democracies “have systems where the opposing parties work in open conflict to each other,” but that’s because they also have parliamentary rules that make it possible for a majority party to govern. We don’t. Over the past couple of decades we’ve slowly morphed into a country with a de facto parliamentary legislature but without the parliamentary machinery that makes it work. The irony, as usual, is rich: conservatives, who normally rail against liberal attraction to European models of governance, have apparently decided that one European tradition they like is parliamentary-style party cohesion. But if that’s what they want, they need to support parliamentary style rules as well. A strong country can’t have one without the other.

1I’d actually put this differently. I don’t blame McConnell for obstructing healthcare reform. It’s a big bill and it was always going to inspire intense opposition. And minority parties should have some ability to obstruct and delay huge bills like this. However, I do blame him for obstructing everything. It’s one thing to treat big legislation as a partisan affair — it is! — but it’s another to gum up the works just for the sake of gumming up the works, as the GOP has done on bills and appointments that ended up getting virtually unanimous support on their final vote. Enough’s enough.