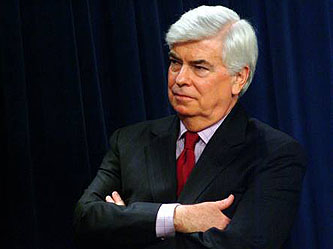 I haven’t written too much yet about Chris Dodd’s financial reform bill. There are two reasons for this. First, healthcare has been front and center for the past week and I just didn’t want to spare the time to really dig into it. Second, based on what I read, I was pretty depressed about the whole thing.

But healthcare is (pretty much) a done deal now, so what about financial reform? Is Dodd’s bill as bad as I thought? My tentative answer is yes even though it has some good things in it: a Consumer Financial Protection Bureau that has a reasonable amount of power and independence; regulation of derivatives; resolution authority for large banks; and streamlined bank supervision. None of these are as strong as they should be, but they’re better than nothing.

But frankly, the whole thing is hardly worth doing unless it also contains some broad, deep, and mandatory limits on leverage. And as near as I can tell, that’s almost entirely missing from the bill. Here’s the summary description of the part of the bill that comes closest:

Expert Members: A 9 member council of federal financial regulators and an independent member will be Chaired by the Treasury Secretary and made up of regulators including: Federal Reserve Board, SEC, CFTC, OCC, FDIC, FHFA, the new Consumer Financial Protection Bureau. The council will have the sole job to identify and respond to emerging risks throughout the financial system.

Tough to Get Too Big: Makes recommendations to the Federal Reserve for increasingly strict rules for capital, leverage, liquidity, risk management and other requirements as companies grow in size and complexity, with significant requirements on companies that pose risks to the financial system.

Unless I’m badly mistaken — which is always a possibility — this is nearly meaningless. We get a new board that will “identify and respond” to systemic risk. They will “make recommendations” for higher capital requirements for big banks. And nonbank companies are left completely out of the picture unless two-thirds (!) of the board votes to put them under Fed regulation — which wouldn’t necessarily lead to more stringent capital and leverage requirements anyway.

This is, I guess, not completely worthless. But it sure sounds pretty close. So here’s a bleg for all the dedicated financial bloggers out there: am I wrong? Do these provisions have more teeth than I think? Or is leverage, for all intents and purposes, pretty much brushed under the carpet in Dodd’s bill?