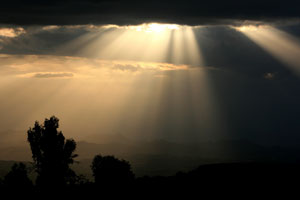 “Given the durability and predictability of the arguments involved,” says Ross Douthat, “it’s hard to come up with something interesting to say on the question of Christianity versus the ‘new’ atheists.” True enough. But he says David Bentley Hart has done it, and as evidence he points us to Hart’s recent essay in First Things about his weariness with the anti-God contentions of people like Christopher Hitchens and Richard Dawkins. Their arguments, he says, are just the same-old-same-old, delivered with too little reflection, too much bombast, and a way-too-healthy dose of contempt. And maybe so. Atheists can be as annoying as anyone else, after all.

Unfortunately, when it comes to annoying and stale rhetorical tropes, Hart shows that he’s no slacker either. This is perhaps my least favorite of all time:

A truly profound atheist is someone who has taken the trouble to understand, in its most sophisticated forms, the belief he or she rejects, and to understand the consequences of that rejection. Among the New Atheists, there is no one of whom this can be said, and the movement as a whole has yet to produce a single book or essay that is anything more than an insipidly doctrinaire and appallingly ignorant diatribe.

You can almost hear Hart sighing, “Please Lord, deliver me from cretins.” But his pretensions are, if anything, even more insipid than anything coming from the New Atheists: they are, like Jesus, at least trying to reach ordinary people in language that’s meaningful to them. Hart wants nothing to do with that. Here he is objecting to the New Atheists’ 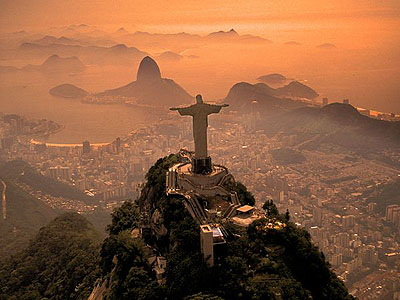 view that God is “some very immense and powerful being” who explains nothing because he, himself, then needs to be explained:

The most venerable metaphysical claims about God do not simply shift priority from one kind of thing (say, a teacup or the universe) to another thing that just happens to be much bigger and come much earlier (some discrete, very large gentleman who preexists teacups and universes alike). These claims start, rather, from the fairly elementary observation that nothing contingent, composite, finite, temporal, complex, and mutable can account for its own existence, and that even an infinite series of such things can never be the source or ground of its own being, but must depend on some source of actuality beyond itself. Thus, abstracting from the universal conditions of contingency, one very well may (and perhaps must) conclude that all things are sustained in being by an absolute plenitude of actuality, whose very essence is being as such: not a “supreme being,” not another thing within or alongside the universe, but the infinite act of being itself, the one eternal and transcendent source of all existence and knowledge, in which all finite being participates.

You can decide for yourself whether this string of words actually makes anything about God more understandable. I doubt it. But it hardly matters, because even if you like Hart’s formulation, this is simply not the lived experience of Christianity for most people. Hart would like us to believe that anyone who hasn’t spent years meditating on Aquinas and Nietzsche isn’t worth engaging with, but walk into any Christian church in America — or the world — and you’ll find it full of people who understand God much the same way Hitchens and Dawkins do, not the way Hart does. That’s the reality of the religious experience for the vast majority of believers. To call a foul on those who want to engage with this experience — with the world as it is, rather than with Hart’s abstract graduate seminar version of the world — is to insist that nonbelievers forfeit the game without even taking the field.

So: do the New Atheists recycle old arguments? Of course they do. But that’s not because they’re illiterate, it’s because those arguments have never been convincingly answered. All the recondite language in the world doesn’t change that, either, because the paradoxes are inherent in the ideas themselves. In the end, the English language probably just isn’t up to the task of answering them, no matter how hard you try to twist it. To say that God is is best understood as an absolute plenitude of actuality doesn’t really advance the ball so much as it merely tries to hide it.

Later in the essay, perhaps recognizing that he’s exhausted the semantic possibilities here, Hart redirects his focus to the cultural impact of Christianity, suggesting that the New Atheists haven’t truly grappled with what a world without religion would be like. And perhaps they haven’t. But interior passions and social mores work both ways. Did Isaac Newton feel a deeper aesthetic connection with the infinite when he was inventing calculus or when he was absorbed in Christian mysticism? Who can say? Not me, surely, and not Hart either. Likewise, the question of whether Christianity has, on balance, been a force for moral good is only slightly more tractable. Does keeping the servants from stealing the silver really outweigh the depredations of the Crusades and the Inquisition?

But no matter how beguiling those questions are, surely the metaphysical one always comes first. To say merely that Christianity is comforting or practical — assuming you believe that — is hardly enough. You need to show that it’s true. And if you want to assert that something is true, the onus is on you to demonstrate it, not on the New Atheists to demonstrate conclusively that it isn’t. After all, in the end the only difference between Hart and Dawkins is that Hart believes in 1% of the world’s religions and Dawkins believes in 0% of them. It’s Dawkins’ job only to question that remaining 1%. It’s Hart’s job to answer him.