Responding to my post last night about what kinds of things we have a right to know about public figures, Andrew Sullivan says:

Drum objects to asking public figures about their sex lives. So do I. I have zero interest — less than zero, actually — in Elena Kagan’s sex life or lack of it. I do have an interest in someone’s public identity. And how many times can I say this before my straight friends get it? Being gay is not about your sex life. It’s about a core element of your identity, one that no gay person can bypass or ignore.

This is right. I made up a list of questions about sexual activity and compared them to the question of whether someone is gay. That was a screwup. But —

(You knew there was a but coming, didn’t you?)

But — Andrew says he’s interested in people’s “public identity.” And this gets to the core of my disagreement with him. Maybe I’m just mired in a different era, but I believe pretty passionately that people should be allowed a wide latitude to display themselves 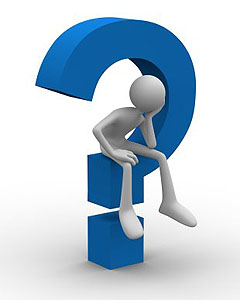 to the public however they want. There are limits, of course, because lots of aspects of our identities are inherently public — Barack Obama is black, Hillary Clinton is a woman — but this doesn’t inescapably mean that we should also be required, as a prerequisite to public service, to make even the less visible parts of our identity visible whether we want to or not. Some of these less visible aspects, it’s true, might well affect the way a Supreme Court justice views the law. But that’s just logic chopping. Every aspect of identity potentially affects the way a Supreme Court justice views the law. It’s the nature of the job. But that doesn’t automatically mean that we the public have the right to know every last trace of their personal identities. At some point, you just have to accept that other people are always enigmatic in certain ways and that enigma is part of the human condition. You can never be absolutely sure of what’s on their mind or how it will ultimately affect their future conduct.

This is true of more than just sexual identity. Suppose, for example, that Jane Jones grew up in an abusive household. Suppose her father came home drunk every night, beat up her mother, and terrorized the family. And this went on for years. Do you think that would inform her identity as much as growing up gay? If you’re not sure, you should probably talk to someone who’s been through this before you make up your mind.

Now, does the public have a right to know this if Jane is nominated to the Supreme Court? I don’t think so. If Jane chooses to talk about this, perhaps because she’s become an advocate for domestic violence causes, that’s her right. But if she chooses not to, perhaps because her mother is still alive and she knows that public discussion of this would cause her considerable pain, that’s her right too. And this is her right even if domestic violence groups believe their cause would be advanced if more victims told their stories publicly. It’s still her right.

Ditto for sexual identity. Like Andrew, I wish there were no such thing as a closeted gay person. When every single one of them lives their lives openly we’ll be that much closer to being a decent society. And like Andrew, I’m happy to advocate this in public argument.

But that’s a very different thing than badgering a specific person to talk about an aspect of their identity whether they want to or not. That’s just not our decision to make. It’s theirs. And even if we happily chatter about this stuff endlessly with our friends — because we are, after all, a gossipy species — nothing changes. It’s still not right to make this into a public campaign.