As part of my therapy regime to reduce the pain in my neck and shoulders, I’ve been trying to blog less on weekends. In fact, I’ve been trying to stay away from the keyboard entirely on weekends. That should be pretty easy for the rest of the day, which will be dedicated to setting up my mother’s new computer, which might be bad for my sanity but probably good for my shoulders.

In the meantime, though, I see that his trip to Vegas has prompted Matt Yglesias to double down on his argument against corporate regulation. Here’s the original version:

Regulate business to prevent negative environmental externalities, sure. Basic safety, okay. But the idea that what we need is for a bunch of people to get together and say that it would be better to ban this and that and the other capitalist act between consenting adults just strikes me as the wrong way of going about things. Purely economic regulation of this sort doesn’t have a compelling track record, runs into all kinds of Hayek-esque knowledge problems, and is basically an open invitation down the road for regulatory capture and the use of rules to prevent the emergence of competition. Count me out. 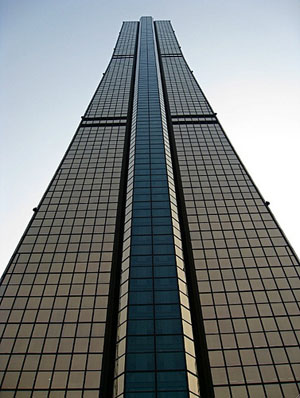 For me, it’s all about higher taxes to finance more and better public services. That’s my brand of liberal economics — take the rich people’s money and use it to pay for stuff, don’t tell them what to do with the companies they run.

And here he is on Saturday, responding to my post about the increasingly popular practice of checking job applicants’ credit scores before hiring them. At first, he says, this sounds good:

But at the same time I try to adhere to the principle I outlined here and resist the urge to call for regulating the business practices of private firms when the issue isn’t pollution or some other case where the externalities are clear. After all, it seems like either this credit check business is a sound business practice (in which case allowing it is making the economy more efficient and ultimately building a more prosperous tomorrow) or else it’s an unsound business practice (in which case competition should drive it out).

The more I think about this, the more it bothers me. Which is odd, in a way, since I’m not really a ravenous supporter of micro-regulating the business community. For example, I’d like to see labor unions spend more time negotiating pay and benefits and a lot less time negotiating the kind of stultifying work rules that drive managers crazy. I agree with conservatives that Sarbanes-Oxley went too far and probably ought to be scaled back. And I agree with Matt that local zoning regs often become little more than hammers for NIMBYism and soft corruption.

So I get where this is coming from. Still, there are some fundamental questions here about how we expect businesses to treat both employees and consumers, and not all of those questions can be reduced to dollars and cents and higher marginal tax rates. Partly this is because, practically speaking, the rich and powerful are — well, they’re rich and powerful and will never allow marginal rates to get too high. Short of another major depression, this just isn’t likely to change dramatically.

It’s also because we’ve gotten beyond the point where higher tax rates are even feasible as a leveling mechanism. According to Piketty and Saez, the income of the top 1% in the U.S. has more than doubled in the past three decades and the income of the top 0.1% has quadrupled. This during a time when per capita GDP has increased about 50%. In order to tax these incomes down to anywhere near the trend rate of growth for the whole economy would require top marginal rates of 70-80% or higher. Not only is that politically infeasible, but rates like this would almost certainly hurt economic growth as well.

But this isn’t my biggest concern. It’s true that income inequality can be partly addressed by progressive taxation, though I’d much prefer to see it addressed at the source since a healthy economy is one in which everyone benefits, not one in which a small plutocracy hoards the wealth and then doles it out to the working class if and when it can be persuaded to do so. More important is the fact that we liberals shouldn’t view the relationship between businesses and individuals as solely economic transactions. There are core questions here of human dignity and basic fairness that exist quite aside from money.

Here’s an example. Back in 1968, Congress passed the Truth in Lending Act. Among other things, it made credit card companies liable for charges on stolen credit cards over $50. In a purely economic sense, there’s really no excuse for this. Why should a card company be responsible for your carelessness? If you’re dumb enough to let someone steal your card and run up thousands of dollars in charges, it ought to be your responsibility. It’s ridiculous to make a bank — and by extension, its customers — subsidize the losses of individuals who can’t take care of their own finances.

Today, this argument would almost certainly carry the day. Even most liberals wouldn’t fight it. It’s as if we’ve been brainwashed against arguing that we should do something purely because it represents the way we think people deserve to be treated. We need graphs and charts and dueling models of economic distribution instead.

But as recently as 40 years ago we didn’t allow ourselves to be defined purely as pseudo-economic actors. Yes, there’s an element of moral hazard in the $50 rule: people won’t be as careful with their cards if they know someone else pays the bill if they get stolen. But we also recognized that, in fact, ordinary people are careful with their wallets and their credit cards regardless. And being responsible for thousands of dollars in charges could ruin an ordinary person. In fact, merely the fear of being responsible for losses like that from an everyday transaction can be debilitating. Businesses, on the other hand, can handle it. They can spread the losses among their customers, they have the resources to work on ways to reduce credit card fraud (which they did), and they can treat this responsibility as an ordinary cost of business, not a nightmare waiting to happen.

That’s worth a lot. How much in dollars, I couldn’t say. But there are rules and regulations we should put in place purely because they represent the way we think people should be treated. Potential employers shouldn’t have access to my credit record because that’s something I think we should treat as private. Banks shouldn’t be able to retroactively raise interest rates on credit card balances because that’s something I think is fundamentally unfair. Pharmaceutical companies shouldn’t be allowed to sell drugs that don’t work (even if they’re safe) because I don’t think sick people should be treated that way. Restaurants shouldn’t be allowed to run filthy kitchens on the theory that an occasional outbreak of food poisoning isn’t worth the cost of prevention. Farmers shouldn’t be allowed to pay migrant workers two dollars an hour in scrip because I think adult human beings deserve better than that even if (or maybe especially if) they’re desperate. I can’t necessarily justify any of these things on purely economic grounds, and even if I could I’m not sure I’d want to. Because that’s not truly why I believe them.

Even on the left, I feel like we’ve allowed ourselves to buy far too heavily into the homo economicus model of human interaction. But if I can be allowed to put on my old school lefty hat for a moment, that model just doesn’t work when the power relations are too far out of whack. And to a large extent, businesses simply have the whip hand on too many things today. When you sign a form from your doctor agreeing to send all complaints to arbitration instead of to the civil court system, this isn’t really an agreement between consenting adults. Once the AMA has convinced enough doctors to require this of all their patients, you no longer have a choice. You either give up your legal rights or else you go without medical services.

The alternative, of course, is political, not economic: pass a law that says access to courts is a basic right that can’t be taken away even if your doctor or your credit card company or your employer forces you to sign a piece of paper to the contrary. Pass a law that prohibits employers from checking credit scores — even if that’s economically efficient in some technical sense — simply because individuals ought to have a certain zone of privacy in their personal affairs. Pass a law that outlaws no-doc liar loans because they’re bad for the country regardless of whether individuals can make money from them.

I’m rambling. Sorry. I wish I knew how to write this kind of thing better. But I just wanted to get it off my chest anyway. Corporations aren’t people, and they can perpetuate unsound and unfair business practices for a lot longer than you’d think — leaving plenty of misery and personal havoc in their wake. We’re perfectly justified in requiring them to treat people decently even if we don’t have an economic justification for it. We used to understand that better than we do today.