Adam Ozimek is perplexed that so many of his friends think that diet soda is dangerous or causes cancer. After reviewing the considerable evidence that they’re all perfectly safe, he says:

You can’t really be suspicious of artificial sweeteners without taking a paranoid stance towards leading health and scientific organizations in this country, and towards science itself. Most educated people who hold suspicions about artificial flavorings nevertheless trust the conclusions of science and scientific institutions on other issues, like global warming and evolution. So how do these people decide when 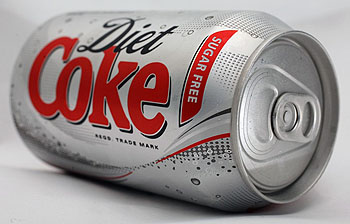 to trust scientific consensus and when not to? If you’re going to be a scientific nihilist, then you should do so consistently.

Generally speaking, I agree that laymen ought to have some kind of consistent attitude toward consensus in the scientific community. However, I think there’s one reasonable way that people might hold what seem like inconsistent views on scientific matters like this: they don’t trust results in which powerful private interests clearly have a lot of lobbying power. So you might believe that global warming is real because there’s a scientific consensus in favor of it even though lots of money from the business community is fighting it. Conversely, you might be suspicious of aspartame for fear that the scientific results are skewed by tidal waves of money from the food industry sponsoring studies designed to find it safe. After all, it’s happened before with cigarettes and asbestos and PCBs and lead and benzene and chromium 6 and beryllium and Vioxx and a million other things.

There are limits here, and people who cross them risk sliding into conspiracy theory territory. But you don’t have to be anywhere near that territory to be (a) suspicious of results hawked by self-interested private corporations and (b) equally suspicious that these private interests have a lot of influence over government regulators. So it might make perfect sense to believe that cigarettes are dangerous and global warming is real but remain skeptical that aspartame is safe or that GM foods have been thoroughly tested.

(For the record: I believe that cigarettes are dangerous, global warming is real, aspartame is safe, and GM foods should be subjected to considerable scrutiny.)