So, how about that whole tea party movement, eh? Quite the contemporary phenomenon, isn’t it? After all, they mostly seem to be mad about newly skyrocketing deficits, a recently passed healthcare bill, an unprecedented bank bailout, and a huge new stimulus bill enacted last year. But no. That’s really not it at all:

Too many observers mistakenly react to the tea party as if it’s brand new, an organic and spontaneous response to something unique in the current political climate. But it’s not. It’s not a response to the recession or to health care reform or to some kind of spectacular new liberal overreach. 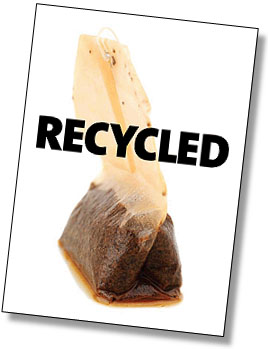 It’s what happens whenever a Democrat takes over the White House. When FDR was in office in the 1930s, conservative zealotry coalesced in the Liberty League. When JFK won the presidency in the ’60s, the John Birch Society flourished. When Bill Clinton ended the Reagan Revolution in the ’90s, talk radio erupted with the conspiracy theories of the Arkansas Project. And today, with Barack Obama in the Oval Office, it’s the tea party’s turn.

….The growth of the tea party movement isn’t really due to the recession (in fact, polling evidence shows that tea partiers are generally better off and less affected by the recession than the population at large). It’s not because Obama is black (white Democratic presidents got largely the same treatment). And it’s not because Obama bailed out General Motors (so did George W. Bush). It’s simpler. Ever since the 1930s, something very much like the tea party movement has fluoresced every time a Democrat wins the presidency, and the nature of the fluorescence always follows many of the same broad contours: a reverence for the Constitution, a supposedly spontaneous uprising of formerly nonpolitical middle-class activists, a preoccupation with socialism and the expanding tyranny of big government, a bitterness toward an underclass viewed as unwilling to work, and a weakness for outlandish conspiracy theories.

That’s me in the latest issue of the magazine. But don’t despair: it turns out there is one thing new about the tea parties after all. But you’ll have to click the link and read to the end of the story to find out what it is. Enjoy.