China’s decision to respond to U.S. complaints about its trade practices by embargoing exports of rare earth minerals is, obviously, pretty stupid. Even if it succeeds in garnering some concessions, it’s sent a crude, ear-splitting message to the rest of 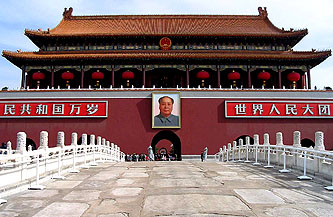 the world that China can’t be trusted as a trade partner. If they keep it up, they’ll end up going down the same self-destructive path that Russia has gone down with its endless gameplaying over natural gas deliveries to western Europe. Dan Drezner comments:

China’s foreign economic policies with respect to raw materials suggests that Beijing doesn’t think market forces matter all that much — what matters is physical control over the resources. This is a pretty stupid way of thinking about how raw materials markets function, and it’s going to encourage some obvious policy responses by the rest of the world. Non-Chinese production of rare earths will explode over the next five years as countries throw subsidy after subsidy at spurring production. Given China’s behavior, not even the most ardent free-market advocate will be in a position to argue otherwise.

More importantly, China’s perception of how economic power is wielded in the global political economy is going to have ripple effects across other capitals. If enough governments start reacting to China’s economic statecraft by taking similar steps to reduce interdependence with that country, then China will have created a self-fulfilling prophecy in which geopolitics trumps economics. Another possibility is that the rest of the would will operate as before in dealing with each other, but treat China differently, developing CoCom-like structures and fostering the creation of explicit economic blocs.

China has developed its economy pretty shrewdly over the past three decades, but over the past year or two they’ve become suddenly far clumsier and almost comically menacing. It’s not down to any single thing — getting into tiffs with neighboring countries over barren rocks in the China Sea has been going on forever — but it becomes more apparent when you look at everything put together. Chinese leaders seem to be panicking: over demographics in the long run, managing an increasingly fractious middle class in the medium term, and over a global economic meltdown that finally seems to be seriously affecting them too in the short run. This is a potentially toxic combination, especially since, as Dan implies, all the evidence suggests that China has been gearing up for a sustained resource war with the West for a long time. The battle over rare earths is just a minor skirmish in all this, but it’s a telling one precisely because it’s so minor and so transparently dumb. It’s not the kind of thing a smart, confident leadership pulls off.